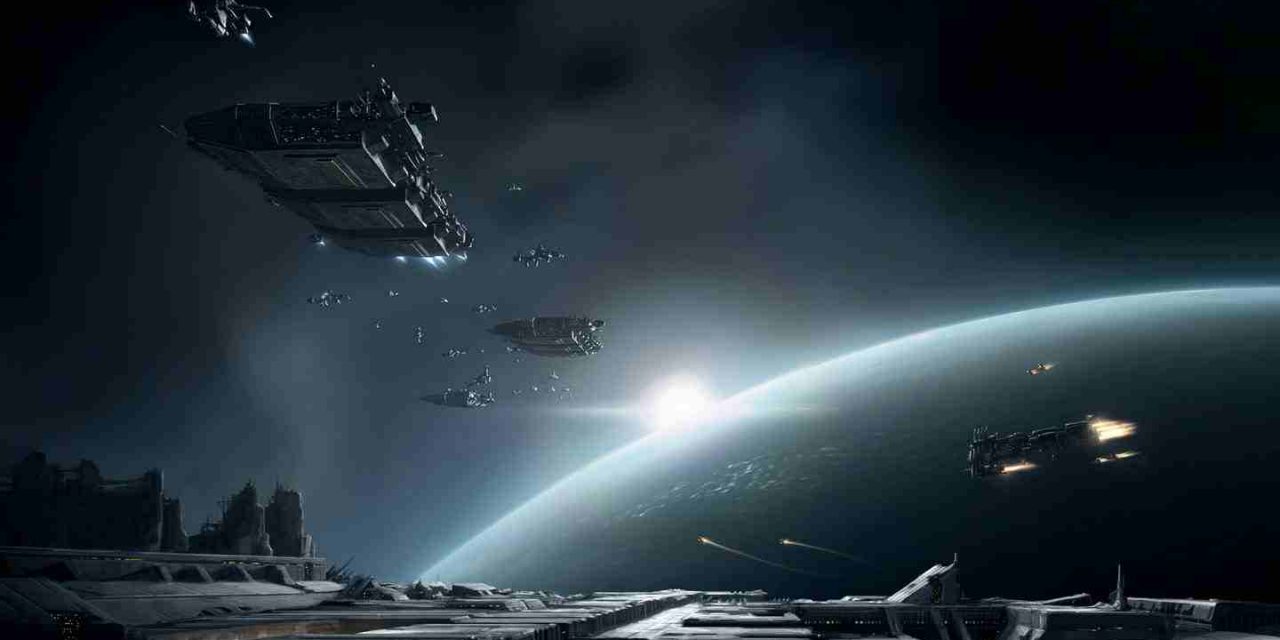 Science fiction is made up of imaginative content about the future, space travel, time travel, parallel universes and extraterrestrial life. It can be mind blowing, fear inducing and inspiring. There aren’t that many genres as diverse and enjoyable as Sci-Fi, and in this post, we’ve compiled a list of the best Sci-Fi books ever written.

‘Hyperion’ is centered on the six pilgrims’ tales, their pasts and the terrible needs which drive them to confront what is almost certain death–or worse. Each of the tales is written in a unique style, and each introduces a new element to bind the story as a whole.

This book begins one day when numerous spaceships suddenly appear in the sky above Earth, flown by an alien species referred to as the Overlords.  These aliens seem to be a benevolent race that only wants to help humanity. In fifty years, these Overlords will end ignorance, poverty, war, and disease,but to what end do they do this?

The story touches on a number of aspects of the human personality while mixing in some profound science fiction narratives in the process. This is a fast-paced thriller that definitely registers impressively on the suspense meter, particularly during the late chapters.

“Lord of Light” reads much more like fantasy than science fiction, and like Frank Herbert’s classic “Dune,” it’s an example of a science-fiction novel deeply concerned with spirituality and metaphysics.

This novel explores the theme of communication. Scientists explore a curious planet, Solaris, whose ocean appears to be an intelligent life-form. Scientists are sent to live on the planet and to try and establish contact with it.

A very large cylinder appears in our solar system and an expedition is sent out to investigate it. They enter the cylinder and watch it slowly “wake up” from the inside. The alien technology they encounter is highly advanced and awe inspiring but still possible to understand.

7. Stranger in a Strange Land – Robert A. Heinlein

A child born to the first Martian expedition and is raised by the Martians and brought back to Earth as a young man, where he receives an education into the ways of man. Once he feels that he understands humanity, he undertakes to educate humans in the philosophy of “Thou art God” in such a way that the truth of that statement is a provable tautology. As such, he becomes a self-proclaimed messiah, enduring the usual fate of messiahs by upsetting everyone’s idea of what is ‘right’.