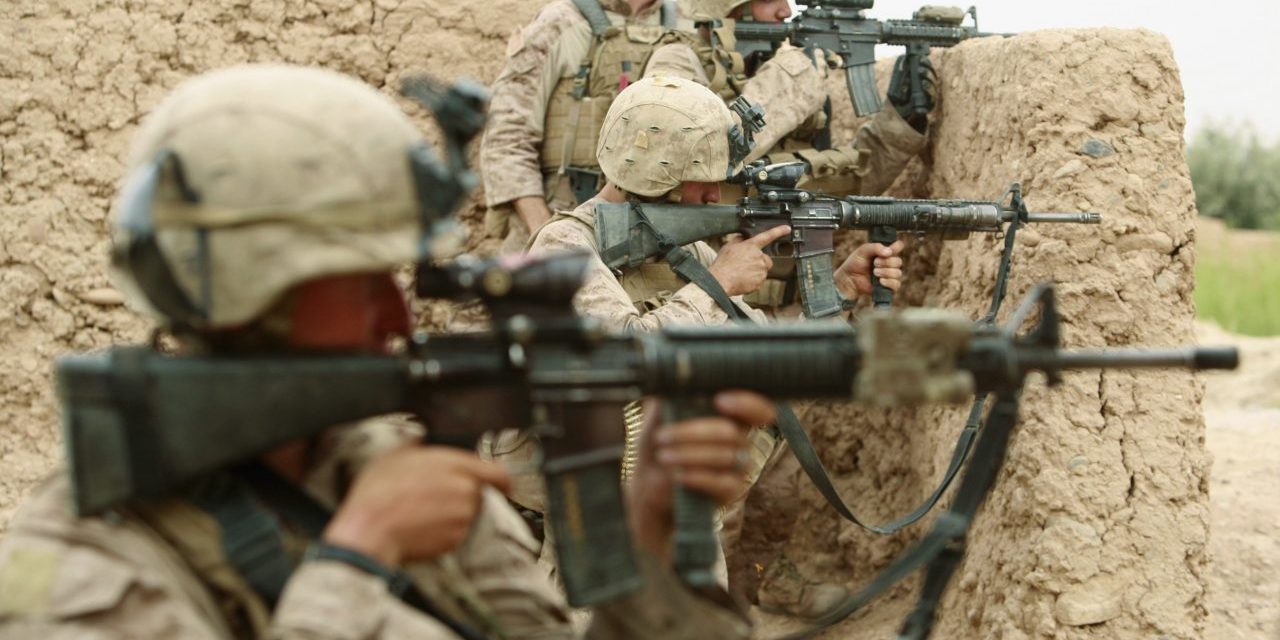 What follows is the 4 best non-fiction books about war, many of which have been turned into movies and TV shows. These war books are the most compelling that have ever been written. If you think we missed any, be sure to let us know in the comments.

Band of Brothers, by Stephen Ambrose, is the story of E (Easy) Company of the 101st Airborne Division in World War II. It’s a very personal account, as Ambrose conducted numerous interviews with the surviving members of the company and uses those interviews to instill a sense of closeness to the action.

The heroic tale of a group of just over 100 U.S. Rangers, DELTA operators, and SEALs in the 15+ hour non-stop battle of their lives against thousands of aggressive, armed Somali militia is near impossible for anyone to put down. However, the main strength of the book is delivered by the author Mark Bowden. As an investigative reporter, he takes pains to  simply report the facts surrounding the October 3-4, 1993 “Battle of the Black Sea” in Mogadishu.

This book is a compelling, easy read that you will find hard to put down. The first part takes you through SEAL training in Coronado, CA and gives you a deep appreciation for just how hard it is to become a SEAL. The second half takes you through a harrowing battle that in many ways validates just why the SEAL selection and training process is so difficult and so effective.

The battle sequence in Afghanistan and its aftermath is incredibly intense, moving, and awe inspiring. Lone Survivor is an incredibly compelling war book that had to make it on this list.

FLAGS OF OUR FATHERS is a brilliant work for so many reasons: it pays homage to the six men who raised the flag on Mount Suribachi on the island of Iwo Jima during WWII, it is a testimonial to the USMC and its fighting men; it portrays a graphic and at times unimaginable description of the horrors of war; and, it depicts not only the indignities that we humans can suffer upon one another, but also the moments when common men are moved to perform acts of uncommon valor and courage.

When reading this book, you will feel pride, grief, anger, sadness, and dismay. Its words will make you laugh, cry, mourn, and think hard.