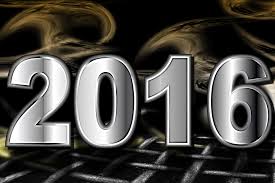 Top Books 2016 reviews a broad range of books that have topped the charts this year.  WhyToRead likes lists like this to help broaden our reading.

Of course, many books top the charts during the year, so we have picked out some that stood out for us so far.  Be brave and read something from a new genre.  You just might love it.

1. Before the Fall – Noah Hawley

When an aeroplane full of influential people crashes off the coast of Martha’s Vineyard, questions start floating to the surface.There are only two survivors: a down on his luck painter named Scott Boughes and a four-year-old boy. Told through the backstories of the doomed passengers as well as flash forwards to after the crash, we are treated to a thriller with intrigue at the heart. Before the Fall explores the heartwarming relationship between the two unlikely survivors while delving into the facts and secrets of those on the plane. Noah Hawley is the writer for the Fox show Fargo and has given us a Top Books 2016 thriller that pushes us to think about how vulnerable the human spirit really is.

If you are looking for a funny novel about some serious topics, then The Nest may be for you. The story revolves around the Plumb siblings who are anxiously awaiting to dip into their trust fund, nicknamed “the nest.” With plans for the future and problems in their pasts, we learn about the dysfunctional Plumb family.The book takes us on a journey into the everyday workings of a family, showing us how important love and friendship really are. Comedy though it is, this novel also delves into issues surrounding family, grief and the real cost of inheritance. This debut novel for D’Aprix Sweeny is a New York Times bestseller.

Being part of a military family comes with sacrifices and troubles. The Longest Night follows the Collier family as they adjust to their new life on a military base in Idaho. When Peter’s military life takes over the family, his wife, Nat, becomes increasingly lonely. Secrets start to build as they grow further apart. With love triangles, a real nuclear accident, as well as the bonds of the family, The Longest Night is a very realistic read. Andria Williams uses her first-hand experience in a military family to bring us a novel rich in love and historical detail.

Based on a true story, Pumpkinflowers follows the story of a group of Israeli soldiers stationed on a small hill in Lebanon. It follows the horrors of war, the bonds of friendship, and though Friedman’s accounts, the real story of a war. Written with vivid descriptions and harrowing details, this book is unprecedented in the insight it gives into modern warfare and how it shaped the lives of the men on that hill. It is a perfect read for military personnel or anyone willing to take a very emotional look at war. Pumpkin Flowers is being hailed a classic by critics and readers alike.  A highlight of the Top Books 2016 list.

When a shooting accident leaves a five-year-old boy dead, a family must come to terms with the loss while staying friends with their son’s killer. La Rose follows the story of Landreux Iron as he deals with the guilt of killing the Ruskin boy and the grief of having to give his own son, La Rose, to the Ruskin family as a sign of forgiveness. Between the two families, LaRose grows up, dark and troubled in a home that is not his. This fragile novel is rife with Native American customs and law. Louise Erdrich is a Pulitzer Prize winner, and this is a beautiful story that weaves together the fate of two broken families.

If you are looking for a story rich in history and ecology, then look no further. Barkskins is the tale of two poor Frenchmen who find themselves in New France (the French colonies of North America). They are introduced to a world where timber is king and ravaging natural resources is the norm. It follows both mens’ family trees for three hundred years showing the challenges, the triumphs, and imminent ecological collapse. This novel spans the course of continents and gives us a well-researched look into Native American culture. Written by the author of The Shipping News and Brokeback Mountain, this novel tries to weave the history of man with the destruction of the natural world.  A must read Top Books 2016.

When a deadly plague starts sweeping across America, everything changes. Harper Grayston is a nurse who is dedicated to helping those infected. After finding out she is both infected and pregnant, she must do everything she can to give birth to a healthy baby. She has watched other women do it , and knows the risks. This thriller explores the chaos that erupts across communities with threatening situations.   Exploring individual reactions, Harper and her ever distant husband deal with the idea of having a baby in this new world. A fast-paced read full of emotions, twists, and questions for the future.