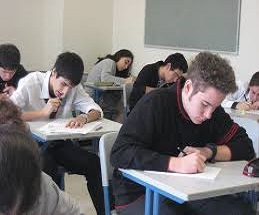 Most people read fiction for entertainment – humor, mysteries, horror – we escape to another world. Non-fiction can also entertain. Non-fiction can be “how to” or text books and documentaries, but also includes memoirs, biographies, science, self-help,  business and art. Non-fiction is basically anything based on real people, events or facts. This list of non-fiction books is guaranteed to entertain you as it expands your knowledge and view of the world.

This award winning book is subtitled “The unauthorized biography of Sydney”, as in Sydney, Australia – a city . More like techno-thriller, this book is underpinned by extensive research. It will teach you more about this gorgeous harbor city than most locals would know. Highly recommended.

In this humorous travel memoir, Bill Bryson records his jaunt around the old country, England (and Wales & Scotland). Enjoyable, funny and educational. Learn about British quirks and oddities whilst being entertained.

3.Moab Is My Washpot – Stephen Fry

Actor and comedian Stephen Fry shares his early life story in this autobiographical novel. Brutally honest, Fry shares his mistakes and misconduct along side the difficulties and challenges of growing up gay in a British boarding school in the 1960’s. There is no pointing the finger of blame here, simply a wry, funny and wise memoir.

Featured in the fiction of out English Teacher’s lists with his novel High Fidelity Hornby returns with his tribute to his obsession to football (soccer). An easy to read coming of age story, fans of any sport will relate to the highs and lows of his team dictating the happiness and direction of his life. Mandatory reading (or ideal gift!) for any obsessive sports fan.

Written by an award winning journalist, this 10 year anniversary edition was published in 2009 following the GFC. Part exposé, part political and cultural study, Klein dives into the world of image and brands in the global economy. Well-reasoned, she shows how the “superbrands” of huge corporations are penetrating our lives and manipulating many of our choices. Certainly if the rise of ‘product placement’ in movies and sports fields is any indicator, she is spot on.  A book that will change the way you view the world, marketing and brands.

See also Conspiracy Theory book list for a review of her earlier book The Shock Doctrine: The Rise of Disaster Capitalism.

The Fight is an account of the classic 1974 heavyweight boxing title fight between Muhammad Ali and George Foreman. Transcending the sporting event, the book captures the drama of the struggle both in the sporting rings and in the psyche with a unique insightful literary style.

7. Down and Out in Paris and London – George Orwell

This was Orwell’s debut book, written before his works of political fiction such as the classic 1984 and Animal Farm.  It is, as The Nation put it, “the most lucid portrait of poverty in the English language.”  With vivid and precise descriptions he humanizes and brings empathy to the poorest people (including himself as narrator) in a simple sociological study of homelessness in France in early 1900’s and Edwardian England.

Previously reviewed in 10 books that will broaden your life perspective.