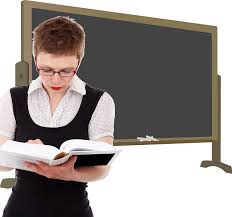 Part 3 of our English Teachers List covers authors from F-K.  Has anyone else noticed there are more authors (and books) in the first half of the alphabet?

Six books to broaden your mind, with a mix of historical drama from WWII, ultimate spy stories through to short stories by the master of horror, Stephen King – although these are not horror.

1. Birdsong: A Novel of Love and War – Sebastian Faulks

This historical drama holds nothing back in its gruesome and overwhelming descriptions of the German battlefields. Balanced by a bitter sweet love story and accomplished prose, this book is a rewarding read.

2. The Day of the Jackal – Frederick Forsyth

“The Day of the Jackal makes such comparable books such as The Manchurian Candidate and The Spy Who Came in from the Cold seem like Hardy Boy mysteries.” The New York Times

Step up to the ‘grown up’ level of espionage, suspense and intrigue with what is considered by many to be his best novel. Based on the true attempt of the life of French President Charles de Gaulle in the early 1960’s, Forsyth spins a brilliantly conceived and intricately detailed story.

Read the book first, then watch the movie made in 1983 starring Edward Fox (avoid the remake with Bruce Willis).

Dashiell Hammett’s Sam Spade is one of the most famous detectives from American literature and his novel is packed with action and mystery. In The Maltese Falcon, Hammett nails every element of the detective genre so precisely, that it’s a wonder anyone ever tried to write another detective novel after him.

CATCH-22 is masterful in so many ways.  Another WWII story, it begins as comic farce, proceeds to the increasingly surreal, and then transforms into a nightmarish tragedy before ending triumphantly.

5. For Whom the Bell Tolls – Ernest Hemingway

Whilst WhyToRead has featured several of Hemingway’s books, this is the first list to include the classic “For Whom The Bell Tolls”.

An action story told by one of the most famous twentieth-century American writers. It wraps love, loyalty, courage and defeat around idealism and honor. Written only three years after the end of the Spanish Civil War (1936-1939) where it is set, the authors personal experiences seep through.

An original and interesting book about a London second hand record store (vinyl music records – before Cd’s and mp3).

You will laugh out loud at the biting wit & humor, hopefully you will get the pop music and movie references as he examines relationships and what makes them work.

Made into a movie featuring John Cusack in 2000.

Four novella/short stories, all quite different, not in the horror genre although still dark in places.

The films Stand by Me, The Shawshank Redemption and Apt Pupil are based on three of the stories from this collection. Oddly enough no one has made a movie of the fourth story, ‘The Breathing Method’, about a woman calmly giving birth despite having been decapitated in a car accident.