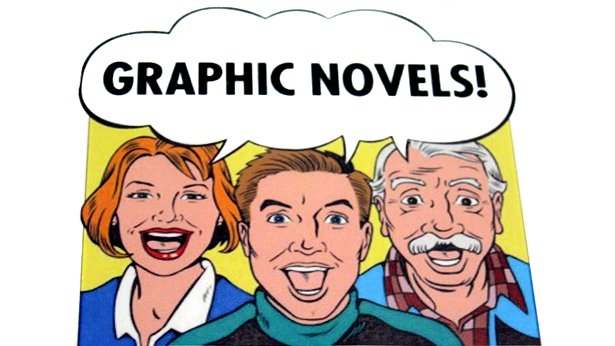 Whether you’re a die hard graphic novel fan or not, you will like every single one of the books on this list. They are the best examples of narrative storytelling and these graphic novels are visually stunning.

It’s amazing how well this story, originally written as a 4-part mini-series in 1986, has held up. This story is responsible for the re-emergence of Batman not just as a superhero, but as a tortured anti-hero with flaws that make him no less obsessed than the supervillains he hunts.

If you don’t already know, the other reviews will fill you in on the Watchmen’s story and it’s significance to the comic medium. In this book superheroes are not seen simply as idols and virtual gods through the eyes of the public. They’re seen as a rebellious vigilante who disregard the police and take matters into their own hands.

If you ask most people who the greatest living writer in comics is, they’ll reply without hesitation Alan Moore. The novel has a quite complex structure, with plenty of flashbacks, a sudden break in the narrative about two-thirds into the story, and a an end that is not so much an end as a the beginning of a new story.

From Hell is a brilliant, moody, and well-researched re-telling of the Jack the Ripper story. Moore takes an interesting twist on the story – and one he himself admits that he believes is false – but the point of the book isn’t so much a whodunit as a treatise on the combining of fact and fiction into myth, and the nature of sensationalism.