Even if you are not a sports fan, but a fan of biographies, you could end up flipping through the pages of one of the great sports biography books of all time.

Either you love sports or you don’t. Regardless of where you stand on that there happens to be no shortage of literature on the topic.

We made that sound pretty big, didn’t we? Well, that’s partly because our planet seems to revolve around sporting activities of all kinds. Plus, the world of professional sports is big business. No, make that “very big” business.

So, with that in mind, our list of sports biographies covers the spectrum and focuses on some of the biggest names in professional sports history.

1. Babe: The Legend Comes To Life by Robert W. Creamer

For some reason, there are a lot of baseball biographies out there. It’s not because baseball is the most exciting sport to watch (because it isn’t unless you are comparing it to golf). But because the history of baseball includes some of the biggest names in sports.

George Herman “Babe” Ruth was an American professional baseball player who spent 22 seasons in Major League Baseball. He set records that still stand today and played on three different teams during his career from 1914 to 1935.

Written by Robert W. Creamer, this biography is about a true American hero and although it was first published in 1974 and is still considered one of the books you must read or have sitting in your library to easily reference. It is a masterpiece that could warrant a bookshelf of its own. 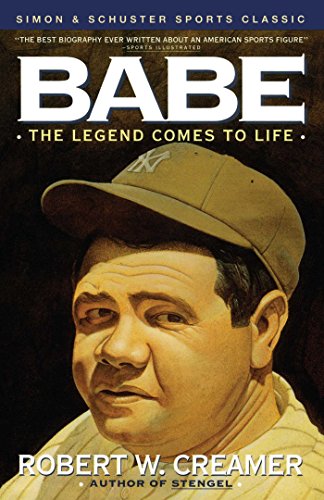 2. The Game by Ken Dryden

Written by former Montreal Canadians goalie Ken Dryden, this is quite easily the best view inside one of the fastest sports in the world. Sporting a total of five Stanley Cup rings, the author knows what he is talking about and it has to do with a lot more than hockey.

Published in 1983, the book chronicles a full season (1978-79) with the team. And details Dryden’s life during that time sharing insight on what it takes to be a professional goaltender in the National Hockey League and his life outside of the arena. You know, real-life stuff.

The book is an excellent expose of the behind-the-scenes activities of the hockey team that went on to win the 1979 Stanley Cup. Dryden’s writing is strong, skillful and flows with the ease of a well-executed wrist shot on goal from the point. Score big with a copy of this book. 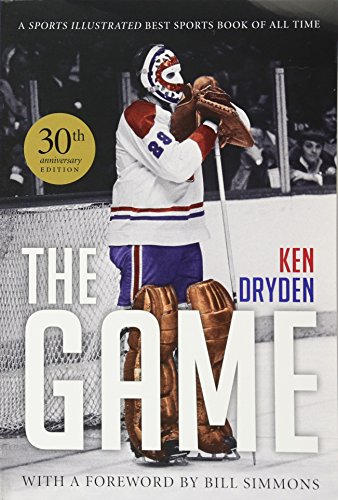 3. Days Of Grace by Arthur Ashe

Tennis star Arthur Ashe completed this, his memoir, a week before he died from AIDS in 1993. The book opens on the scene of Ashe holding a TV press conference to announce that he had been stricken by the AIDS virus to beat newspaper reports on the topic.

It goes on to cover his annoyance on the invasion of his privacy during that time. Ashe, who was born in the segregated US South, was one of the first black stars to emerge in the white world of tennis and paved the way for so many other African-American tennis stars.

Ashe will be remembered for how he passed away but should also be remembered for his impact on sports. He was one of his generation’s best tennis players winning three Grand Slam events and was captain of the US Davis Cup team. This is one that you won’t be able to put down. 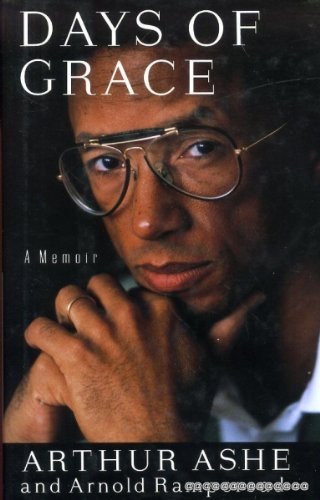 4. Out Of Their League by Dave Meggyesy

Professional football was never viewed the same following this 1970 book on the game. Written by St. Louis Cardinals linebacker Dave Meggyesy, it uncovers some of the seedy details of what goes on off the field as well as in the locker room of one NFL team.

Meggyesy was drafted to the Cardinals in 1963 following a short college career at Syracuse University. He spent a total of seven seasons in the National Football League, all with St. Louis. His book was published a year after his less than amazing NFL career had ended.

In it, the author outlines why he never seemed to fit in. NFL players, officials, and fans were shocked to learn about the brutality, racism and drug use that plagued the game but was always kept under wraps. This book was groundbreaking on all fronts and should be in your collection. 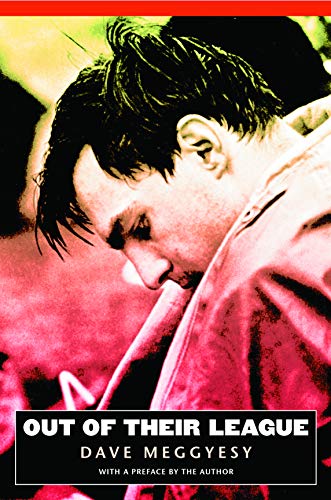 5. Willie Mays: The Life, The Legend by James S. Hirsch

One thing is for sure…there is no shortage of biographies written about this baseball icon. But not all of them are the same. This volume, written by James S. Hirsch is widely considered the most complete book on the player and is also one of the best sports biographies written.

Published in 2010, this book covers probably every significant event in Mays’ professional baseball life both on and off the diamond. It also chronicles important 20th-century events as viewed through the lens of the extraordinary man who was simply named Willie.

This biography is the result of years of trying to secure a collaboration that the author finally managed to get with the subject of the book. What you read between the covers is pure art and a celebration of one of baseball’s true class acts. Trust us, this is a book you have to own. 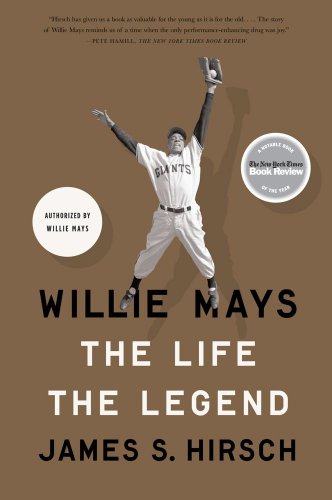 Nothing gets you closer to the action like a sports biography – especially if that book is written by or with the cooperation of the sports figure it centers on. The best thing about reading these kinds of books is that you don’t have to be a sports fan to appreciate them.

Our list above is far from complete but offers you the five great sports biography books as far as we are concerned. And, you may have noticed that we left golf off of this list. That doesn’t mean you have to ignore any of the biographies out there on famous golfers as there are a few.