How to Be a Manly Man – 8 Books for Manly Men 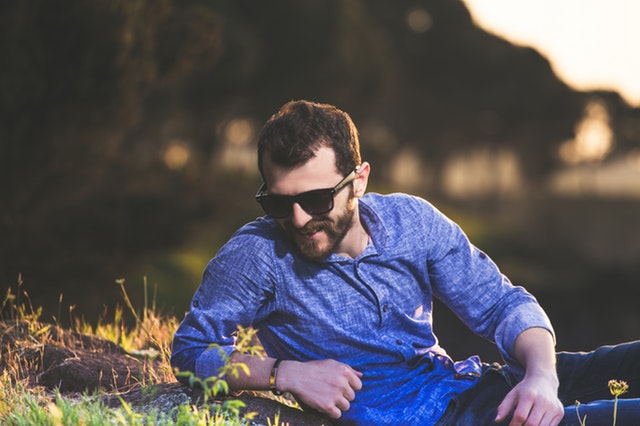 What does it mean to be a manly man?  How do you become a manly man?  What about honor, chivalry and heroism?  This book list will help both Men and Women understand what it means to be a man, masculinity and manhood.  From Roman Honor to religious leaders each book covers a different perspective on being a man.  Each book has an idea worth modelling or absorbing into your life.

These are books for the man looking to understand or improve himself and for ladies wanting to help their man be more manly.  Buy one for your favorite man this Christmas.

8 books on Being a Manly Man.

The goal of the book, according to the author is to identify what genuine men do; and that includes his virtues, habits, discipline, duties, etc. The book is full of examples and quotes to help its reader to become a Manly Man. It is interesting book which challenges what it means to be a man in a modern society.
Stephen Mansfield is a New York Times bestselling author. He writes about religion and American culture and he is and author of books like The Faith of Barack Obama, Pope Benedict XVI, etc.

2.Roman Honor: The Fire in the Bones – Carlin A. Barton

In this book author Carlin A. Burton provides insight and understanding of the both emotional and spiritual life of ancient Romans. The book is based on extensive research from both modern and ancient sources. It is divided into three parts. The first part focuses on honor and embodiment, the second part is about confession and the Roman soul and the third presents shame and how ancient Romans dealt with it.

Throughout the book the author provides insight into the foundations of modern society by exploring our Roman legacy. Roman Honor is very interesting for everyone, as it brings a new understanding of our society and why we act and think the way we do. Not just for the manly man, smart women will enjoy this for its own sake too.

Carlin A. Burton holds Ph.D. in History from University of California, Berkeley. Her field of interest is Ancient History and her special interests are The Psychological and Emotional Life of the Ancient Romans; World Religions and Roman Religion.

Fires in the Belly is ground breaking book written not just for men. It questions what authentic manhood is and it creates its own definitions of masculinity that are more appropriate to today’s world. The book is divided in 5 parts. First part is about the making of man and how women shape the men. The second part is about the rites to manhood. In the third section the author focuses on manhood, whilst in fourth, the author talks about virtues and soulful quest. In the final chapter Keen brings insight into the relationship between men and women. This book is about journey to masculinity and we found it a good roadmap for the journey to being a more manly man.

Sam Keen got his education at Harvard and Princeton. He taught philosophy and religion for 20 years before he became freelance writer. He writes books in the fields of philosophy, spirituality and religion.

Robert Moor and Douglas Gillete are Jungian analysts who in the book King, Warrior, Magician and Lover redefine established concepts of masculinity. They argue that men who beats their wives, who are hot-shot executives, who are emotional distant fathers or who are corporate obedient are not men at all. They are just boys who pretend to be men.

This book is must read for both women and manly men to better understand the masculine psyche.

Robert A. Glover is a certified therapist who published No More Mr Nice Guy: A Proven Plan for Getting What you Want in Love, Sex and Life as an e-book. After its publishing, this book became controversial media phenomena.

The author explains that men who are trying to please everybody and who are consequently neglecting their own needs often lash out in frustration. In this book Glover tries to explain how Mr Nice Guy can stop seeking approval and find his own happiness and the life he wants. The author presents tools and information that will help Mr Nice Guy to turn his life around, to embrace his masculinity, become a manly man, have quality relationships with other men and women and to open his creative potential.
This is a must read for all men. Those who want a substantial change in their lives will benefit most, whilst women can learn about their man, and whats really going on in that manly man.

The Code of Man is a book in which author tries to help modern, contemporary man to return to the noble ideals of American manhood. According to author modern young man are in deep spiritual trouble and they need to return to America’s historical ideals.

So what are the ideals of American manhood? Newell lists five of them: love, courage, pride, family, and country. He further argues that modern civilization is so wrapped up in roles of sexes and violence it forgets to look for inspiration in the more traditional values like romance and eros, courage and patriotism. In order for modern man to stop being violent he has to balance these five ideals. That way he will become attached once again to loving and kindness.

7. Wild at Heart: Discovering the Secret of a Man’s Soul – John Eldredge

In Wild at Heart John Eldredge, as a religious leader, seeks the answer to the crisis question of male identity in many parts of the Church. He argues that God designed men to be dangerous while men over centuries pushed this desire aside and turned to be new age nice guys. Because they suppressed or abandoned their dangerous part men are now bored and they seek validation in a wrong way. Although this book targets men, Eldredge also wants to help women to gain a better understanding of men’s wild side. Eldredge mixes Bible quotes with popular culture references in order to present his point.

This book is quite controversial, but worth reading this somewhat unusual approach to a manly man’s true self.

What does it means to be a man? How do real men look? According to the Brad Miner, a real man, an ideal man is a gentleman. Thus in his Compleat Gentleman Miner provides a model for 20th century man by reviving traditions of chivalry, honor and heroism.

The real man/gentleman is the one who serves to his family, country, friends and God. He is an aristocrat not by birth or wealth but by virtue. He is neither a bully nor abuser, on the contrary he treats women with respect. He also values learning in order to get to the truth. Miner, through his research on masculinity, defines three archetypes. 1st the warrior, 2nd the lover and 3rd the complete gentlemen. Miner back up all his findings with role models and examples from present and past. Interesting read for those who are on the quest to develop manly men.