Amazing Psychology Books for Your Journey 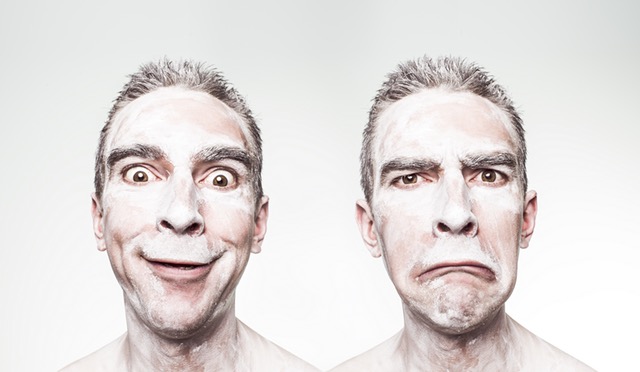 Psychology  is a broad topic around the science of the mind.  This list of psychology books is very diverse.  It travels from pain to love and creativity, greatness and history, society to religion and more.  Many are easy reading – the first is even a graphic novel. Every one will benefit from learning more about how they and others think and behave.  Take an emotional or intellectual journey through this list.

These amazing psychology books certainly deserve some attention just for the length of their titles.

1. On Purpose: Lessons In Life and Health From The Frog, The Dung Beetle, and Julia – Victor Strecher

When Victor Strecher lost his daughter, his life changed forever. But instead of asking why this happened to him, he decided to write the book. He called it On Purpose and published it as a graphic novel. Writing it gave him a powerful sense of meaning. Strecher discuss the meaning of life purposes, and how his tragic experience changed his beliefs about death, life, purpose and many other related things.

This graphic novel is highly emotional read on one hand, while on the other it is entertaining and full of valuable ideas that will make readers think about life and its purpose. Strecher combines nicely ancient and modern philosophy, psychology and neuroscience thus producing an interesting confession; self help guide and textbook all in one. A must read for everybody and especially for those who want to learn about transformative power of pain.

Alain de Botton is a famous British philosopher. He writes about things like art, work, love, our social status, etc in deeper and very profound way.  He combines philosophy, art, literature, psychology and more. Most of his works are non –fiction, but this one is a fiction book.
It is a story of love. But not just foolish romantic love. It is a story about the marriage. Divided into five thematic units: Romanticism, Ever After, Children, Adultery and Beyond Romanticism, it tells a story about Rabih and Kirsten. Starting from the moment they meet and fall in love, it goes further. The story provides an answer to what it means to have life partner and at the same time it questions what it takes for marriage to survive all the trials and tribulations and how to maintain love. This is a must read story about love for every married or soon to be married couple.

3. Brilliant Blunders: From Darwin to Einstein – Colossal Mistakes by Great Scientists That Changed Our Understanding of Life and the Universe – Mario Livio

Most of us hate making a mistake.  But even the worlds best make mistakes.  And just as well, because if they didn’t some of the biggest scientific breakthroughs would never be achieved. For this fascinating book Mario Livio did in-depth research about the work of five the biggest and the greatest scientists in the human history: Charles Darwin, William Thomson (Lord Kelvin), Linus Pauling, Fred Hoyle, and Albert Einstein. Ultimately, without errors there would be no science, because science advances when ideas are false. This book also presents the origins of some of the world biggest theories that would not be, without the biggest mistakes.
Brilliant Blunders is not an easy read and it takes time to read it and to fully understand it. But it is definitely worth the time. Because it tells us that mistakes are important in order to achieve something great.  And that we should not be afraid of them but embrace and learn from them.

4. The End of Average: How We Succeed in a World That Values Sameness – Todd Rose

What is average, if we all are different? Why is everything around us built and designed for average people when no one is average? If no one is average and our society is built for average people than it serves no one. Todd Rose in his book The End Of Average is questioning the concept of “average” and how it influence our lives in negative way.
The author claims that every aspect of human life from education to medical treatments should be customized. In customization i.e. in viewing each person as an individual, lays success in the long run. This is very interesting book that questions the accustomed view of the world and turns it upside down.  A great book for anyone who is working with people.  Or is just tired of not being “average”.

5. Moonwalking with Einstein: The Art and Science of Remembering Everything – Joshua Foer

Does technology make us stupid, or we just rely on it so much that we do not use our brain to memorize things? Joshua Foer used to be one of the people who forgot things and one day he decide to take memory training. After the whole year of intensive training he became finalist in the U.S. Memory Championship. In Moonwalking with Einstein he describes his journey into a world of mental athletes and beyond. During his journey he met a lot of interesting people who use different memory techniques in their daily life and work.

This book is amazing on so many levels. Foremost because it remind us that we have a mind and that we are not using anymore. But on the other hand it shows us how to start to use it again and how to master it.  This is amazing psychology.

6. Under the Banner of Heaven: A Story of Violent Faith – Jon Krakauer

Religious fundamentalism is a scary thing, and in his book Under the Banner of Heaven, investigative journalist Jon Krakauer reveals the life in one of the American’s most isolated Mormon Fundamentalist communities. Krakauer writes a story about community in which polygamy, domestic violence and sexual abuse of children are normal things. As a starting point he takes a murder of a woman and her baby girl and around it he builds the story of a disturbed community that has it beliefs rooted in faith. This is a very disturbing read that should not be avoided. It exposed one of American’s fastest growing religions that do things most of us would not accept, covered under the veil of faith.

7. Anatomy of an Epidemic: Magic Bullets, Psychiatric Drugs, and the Astonishing Rise of Mental Illness in America – Robert Whitaker

This book should be read by all the people who are treated for ADHD, anxiety and depression.  Actually it should be read by everyone who is interested in mental health.  And we all should be interested in our mental health.  It investigates a very interesting mystery – the rise of mental illnesses in the United States.  It is also the first book that investigates the effects of long–term use of the drugs used in treatment.  Whitaker outlines the  assumptions that lie behind the use of the treatments of these mentioned mental illnesses and questions them.

This is a history of the epidemic of mental illness that will definitely not leave you indifferent. It is documented with personal stories and it tries to answer a very important question: do psychiatric medications create or fix chemical imbalance in the brain?

8. A Renegade History of the United States – Thaddeus Russell

Napoleon said that history is written by the winners, and that is true, most of the time. It is true that winners dominate history books and they shape how history is written. But every now and then a historian writes about those others, who are neither winners nor prominent historical persons. That is exactly what Thaddeus Russell does in his intriguing and highly provocative book A Renegade History of the United States.

Thaddeus Russell claims that people from the bottom of social strata like drunkards, slaves, prostitutes were the true reformers and freedom fighters. These people refused to live by following the rules and they decided to live free.  In that way they shaped an untold  part of US history. You might not agree with everything written in this book, but nevertheless it is interesting to read a different approach of how US became great.

9. The War of Art: Break Through the Blocks and Win Your Inner Creative Battles – Steven Pressfield

Steven Pressfield is a bestselling writer of historical fiction. It took him seventeen years to make a breakthrough in writing and to earn his first paycheck. Once he succeeded he was unstoppable. Then based on his experience, and his not so easy path to success he wrote The War of Art.

Paraphrasing the title of Sun-Tzu masterpiece The Art of War, Pressfield provides solutions on how to finally succeed in a creative space. This short, to the point and very interesting book, is not just for writers.  It is also for business people, artists and for all those who do creative work. It shows how to overcome the creative blocks which are not solely reserved for artists and writers.  An amazing psychology book for everyone.