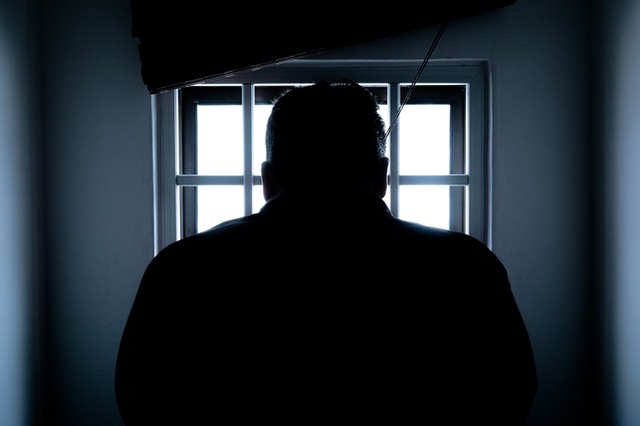 Some people like to be scared – in a controlled way.  The best psychological thrillers will hold you on the edge of  your seat and keep you turning the pages long into the night.  If you are more a warm and fuzzy, or romance novel reader, then stick clear of this list.

Yvonne Carmichael has it all: a beautiful family, a husband who loves her and a career in a field in which she excels. Then an affair with a nameless man changes her life as something unexpected and horrible happens. When she is brought in for questioning, she tries to piece together what went wrong.

Yvonne doesn’t have only to figure out what happened but also to find herself. I loved this book because the characters are well developed and they reveal themselves and their internal struggle as the story progresses. It is beautifully constructed, full of suspense, a real psychological thriller.

Jack and Grace are the perfect couple: elegant, charming, happy and always together. Or so it appears. But behind closed doors their story is very different. Behind Closed Doors explores the life of Grace, the quiet, jovial wife whose life is far from perfect.

B.A. Paris writes an emotional thriller full of turns and twists that keeps you wanting to know more with every page, as you discover the real story. The characters are beautifully revealed as the story progresses, which makes this book even more amazing.

The Grownup is a story full of ghosts. The main character, an aura cleanser, meets Susan Brooke an unhappy woman with a disturbed teenage son. When the psychic proposes to get psychic help via a house cleansing, Susan jumps to the opportunity. And soon the three embark in a thrilling ride full of past demons and ghosts.

Gillian Flynn has a trademark: a woman who is manipulative and cunning and makes you feel sorry and root for her. And this book has it. Also, the characters are dark and have hidden agendas that won’t be revealed until the end of the story. The element of gothic horror added to this short story gives it an eerie air that supports and embellishes the mystery surrounding this thriller story.

Nothing compares to the relationship these two sisters have. When Beatrice finds out that her sister, Tess, is missing, she starts investigating on her own. Their bond is put to a test when she discovers that Tess’s life has changed from what she knew. When everybody accepts Tess’s loss, Beatrice doesn’t give up and digs for the truth to come out.

Sister is a psychological suspense thriller that is written with a fresh perspective. Tess and Beatrice’s diary entries give you a sense that they are communicating which thickens the plot. The sisterly bond theme is also interesting and well expressed. You feel yourself suffering the loss of a loved one. Follow Beatrice, as she tries to solve the mystery of her sister’s disappearance in this baffling thriller.

One Folgate Street is an odd, minimalist house built by a peculiar architect who is looking for the perfect tenant who will submit to his rules about living there. Emma and Jane are both protagonists of this novel, each one with her point of view. They both move into this amazing house, although at different times. They both have their own story, that it begins the same: they need a fresh start and One Folgate Street seems the cheap and safest choice.

Jane discovers the fate of the house’s previous tenants and she starts investigating the cause of their death, as she lives the same terrors as the last tenants did. I loved this book. The journey of solving the mystery of this intelligent and also creepy house and its tenant’s death kept me glued to the pages.The bizarre concept of the rules of the minimalist house was intriguing and kept the atmosphere thrilling and engaging. This is more of a crime story, but the different points of view, the house and rules make it unique and earns it a place in this list of psychological thrillers.

Detective Stephen Moran wants to join the Dublin Murder Squad. He gets his chance when sixteen-year-old Holly Mackey, a student at St. Kilda School, brings him a photo with Chris Harper’s dead body with the caption “I know who killed him”. Moran, along with the caustic detective Antoinette Conway, try to solve the mysterious murder as they go deep into life of high school cliques.

Tana French writes a dark novel about how dangerous high school life can be for those who attend. It puts emphases on how unimportant these games look from an adult’s point of view until they really listen and observe the young people’s lives. This mystery is like a maze full of unexpected situations, reigned by a gruesome murder. A combination crime novel and teen psychology thriller novel.

Start-up journalist, Delaney Wright is offered the opportunity to cover the trial of Betsy Grant, just as she is trying to discover who her birth mother is. Betsy Grant, who is accused of murdering her husband, doesn’t want to take the plea because she thinks a trial will prove her innocence. Meanwhile, Delaney’s friends, who offered to look into finding her mother, find a dark secret that now they don’t want to share with her.

Mary Higgins Clark is the queen of suspense novels, and this book makes this title more evident. The two mysteries: finding Delaney’s mother and finding the murderer of Betsy’s husband. Two intriguing and crossed paths with Delaney as the common denominator. The ending it is not what you would expect. Clark apparently wrote this book as two separate puzzles with different types of pieces but the same image. The characters are complex and until the end, everybody’s a suspect. The clues are contradictory so you will get a real thrill of guessing who might have done it.

Fran and Nathan Hall are living with their two children on a farm at the periphery of Fen Edge. When Nathan goes missing, Fran starts looking for him. The findings are gruesome and puts her in the middle of a police investigation. As she tries to prove her innocence, she digs up more and more secrets about her husband. Leaving her to question if she really knew him.

The Loving Husband is a psychological thriller that centers on a wife who, after the death of her husband, finds secrets about the man she loved that make him out to be very different from what she knew. This thriller kept me glued to the pages because I was so curious what she would find next. The characters are well developed. The struggle to keep a good memory of a loved one is always present throughout the book, even though the facts are against it.