10 Popular Adult Books Made Into Movies 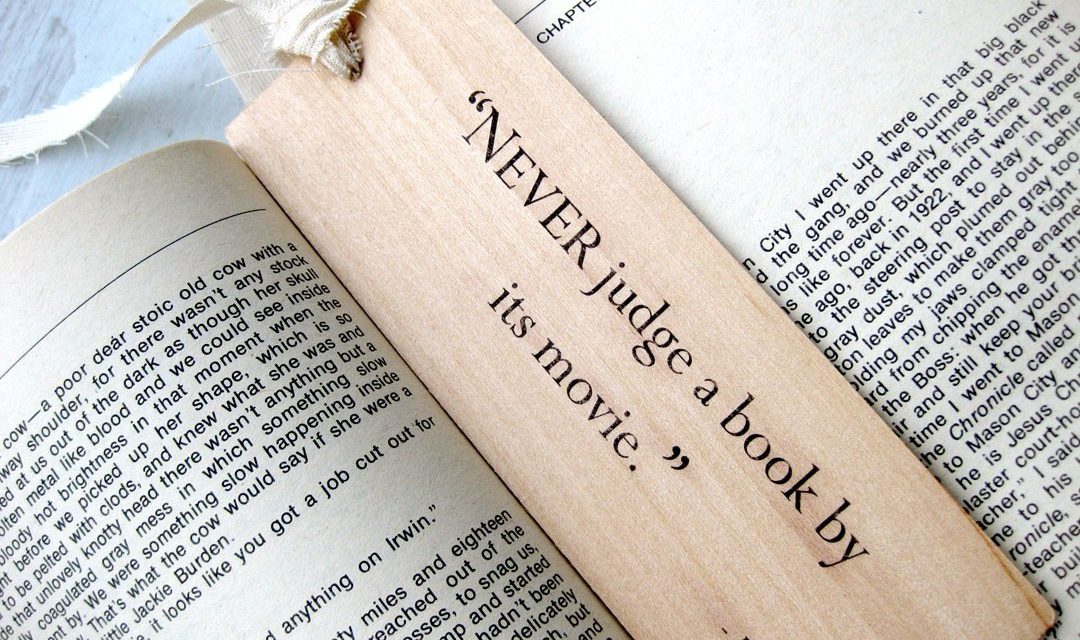 10 Popular Adult Books Made Into Movies

When considering the books that were made into top movies, there are some obvious choices. We’ve excluded the Lord of the Rings, Harry Potter and Twilight books as they are without saying some of the most successful book and movie franchises in history. You should have heard of all of the books on this list, but if you haven’t be sure to read them and leave us a comment down below.

Without further ado, we give you 10 Popular Adult Books Made Into Movies:

The Help is about a young white woman in the early 1960s in Mississippi who becomes interested in the plight of the black ladies’ maids that every family has working for them. She writes their stories about mistreatment, abuse and heartbreaks of working in white families’ homes, all just before the Civil Rights revolution. That is the story in a nutshell – but it is so much more than just stories.

2. The Perks of Being a Wallflower – Stephen Chbosky

By now, you must know that, at the outset, we meet Susie Salmon, a 14-year-old girl who – on a cold, snowy December late afternoon, is raped and murdered by a neighbor in a corn field on her way home from eighth grade. She goes to heaven. And from heaven, which is Susie’s own personal heaven, she watches life on Earth unfold for her family and friends — and the murderer.

The story of the fabulously wealthy Jay Gatsby and his love for the beautiful Daisy Buchanan, of lavish parties on Long Island at a time when The New York Times noted “gin was the national drink and sex the national obsession,” it is an exquisitely crafted tale of America in the 1920s.

The Time Traveler’s Wife is one of the most interesting, powerful books I’ve read in a long time. Audrey Niffenegger did a beautiful job taking some of the most complex ideas – time travel, marriage, love, children, friends, literary and artistic allusions, religion, death, drugs, childhood, growing, loss, and what it means to be human – and weaving them together poetically and with amazing clarity.

Stripped of everything after his parents’ untimely death, twenty-three-year old Jacob Jankowski has failed to sit for his veterinary exams at Cornell, left with no home and no future, the country struggling through the Great Depression, bartering in goods instead of money. Hopping a train that by chance belongs to The Flying Squadron of the Benzini Brothers Most Spectacular Show on Earth, Jacob hires on to care for the menagerie, his training an entre into this bizarre world; but as the novel begins, Jacob is an old man, restricted to an assisted living home, his memories sparked by a nearby visiting circus and a creeping helplessness that assaults his ageing body.

An ingenious code hidden in the works of Leonardo da Vinci. A desperate race through the cathedrals and castles of Europe. An astonishing truth concealed for centuries . . . unveiled at last.

Liesel Meminger is a Book Thief, living with a foster family in Germany during World War Two. Torn from everything she’s known, her foster father shows her the power of words as the two of them share late night reading sessions of The Grave Digger’s Handbook. Her love of books ties her to others, including the mayor’s wife and Max, the Jew the family hides in the basement.

9. The Fault in Our Stars – John Green

Despite the tumor-shrinking medical miracle that has bought her a few years, Hazel has never been anything but terminal, her final chapter inscribed upon diagnosis. But when a gorgeous plot twist named Augustus Waters suddenly appears at Cancer Kid Support Group, Hazel’s story is about to be completely rewritten.

10. Memoirs of a Geisha – Arthur Golden

Arthur Golden, a student of Japanese art and language, paints a remarkably true-sounding account of one woman’s training and practice as a geisha. There’s not a false note in the writing: The characters, dialogue, and emotional content all ring true. Aside from some slightly plodding descriptions of the protagonist’s introduction to the geisha district of Gion, the pacing is excellent.