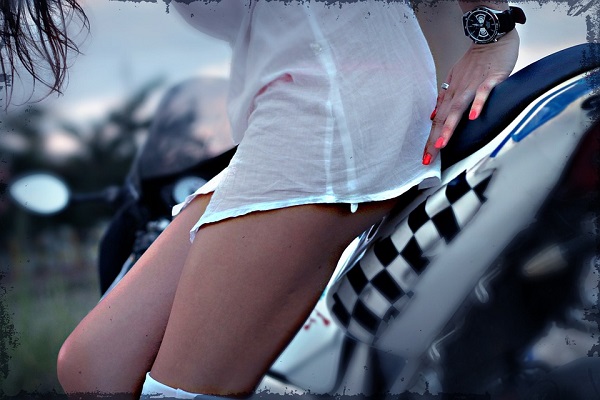 We review the Top 10 Mystery Books as voted by GoodReads readers for 2017.
Mystery books are popular with many readers as they stretch the mind and intrigue the brain no matter what ‘universe’ they are set in. Mystery books come in all shapes and sizes from contemporary mysteries to science fiction mystery stories.

Reading is good for the brain and imagination and these mystery books have been voted the best of the best for 2017. Read and pick your favorite.

Mississippi Blood is highly awaited conclusion of Greg Iles’ The Natchez Burning Trilogy. A trilogy that is set within the Penn Cage Series. It is continuation of the story about the murder of Viola Turner, a nurse who worked with Penn Cage’s father in the 1960s. Penn’s father was a much loved physician in Natchez, Mississippi and whole community is shocked by his trial.  As a time of the trial approaching Penn tries to get some answers, but his father has decided not to revel anything to his son. So Penn joins forces with a young black author and together they try to get to the bottom of this case. As two of them dig deeper more shocking secrets surface.  No spoilers in this review, you’ll have to read it for yourself.

Besides being the highly anticipated last book in the series, Mississippi Burning is also highly enthralling story. It is full of interesting and shocking twists and turns. The whole trilogy is worth reading so start them from the beginning and finish in the Top 10 mystery books.

2. The Girl Before – JP Delaney

This story has a very interesting plot. It is a bit of a cross between Gone Girl and 50 shades of Gray. At the center of the story is a house at 1 Folgate Street. The owner of the house has very strict rules for tenants who want to rent it. The rules sum up to this: no personal items and belongings in the house. The story is told from two POVs. One is Emma’s and the other is Jane’s. Both girls lived or live in this house. Emma first, Jane second. Emma died and now Jane is trying to find out what happened to her, the previous tenant.

The Girl Before is the kind of story that sucks you right in and you cannot let it go until you finish it. It is thrilling story full of twists and turns. It is also dark and tense. All in all great read by perhaps not the mystery book to read alone at night.

This is a first story in a series about policeman Aaron Falk. A story in which past secrets will be revealed; secrets Aaron Falk shared with his, now dead friend Luke Harder. Luke Harder is found dead together with his family. It seems like it was murder suicide, committed by Luke. It just seems that way.

Small towns can be full of fun, but in this case they are full of secrets and suspects.
The Dry is very atmospheric novel. Its pace is slower, but like any good mystery book it is full of twists and turns and amazing characters that make it a great read.

This is different Karen Slaughter, but still excellent (and so tempting to make a poor joke about her name being so appropriate to this genre of murder mystery). The Good Daughter starts with a family tragedy that occurred 28 prior the central story. So, 28 years ago the Quinn family was attacked and the lives of the two remaining family members changed forever. Fast forward 28 years and one of the remaining Quinn daughters, Charlotte, is back in the town where she was born. Charlotte is now a lawyer and she wants to help people. Unfortunately, soon after her return, she witness a horrific and violent act that brings backs some disturbing memories and pushes some secrets into the open.

This is a long story, 583 pages long to be precise. But it is so fascinating and gripping that it holds you at the edge of your seat till the very end. It has great characters and Slaughter did amazing characterization. It is a standalone mystery book well worth reading.

5. Into The Water – Paula Hawkins

Do not expect next The Girl on the Train just because this story is written by the same author. Into the Water is a mystery set in a small town about Jules whose sister Neal is dead. Allegedly Neal committed suicide. Now Jules is forced to return to her home town in order to take care of her niece. The return is not doing well for Jules because there are too many memories waiting to emerge.

Told from the perspective of ten different characters, Into the Water might be confusing for some readers. Still, Paula Hawkins manages to write a suspenseful, spooky and twisted mystery story. One that is highly atmospheric and intriguing. Once again Hawkins proves that she is amazing mystery writer.

This is 45th installment in the In Death series written by Nora Roberts under her pen name J.D. Robb, featuring Lieutenant Eve Dallas. That alone is an amazing achievement and one of the longest running series we know of. Even Agatha Christie only managed 38 Hercule Poirot mystery novels.

In this 45th installment Eve is investigating the murder of gossip columnist Larinda Mars. Ms Mars might not be Eve’s favorite person, but still it is a murder in question. Eve will find who kill Larinda no matter that due to her job she has many enemies. During the investigation Eve hears a lot of dirty little secrets, but some of them are best if kept secret.

Nora Roberts/ J.D. Robb is a fantastic writer. She has managed to write 45 interesting and suspenseful mystery novels in row. Secrets in Death is a bit different from previous 44 installments in the series because it is cozier. Yet there is no doubt that fans of this series will still greatly enjoy this book.

B.A. Paris wrote the very popular novel Behind Closed Doors and now she is back with The Breakdown.

The story starts when Cass Anderson decides to take shortcut through the woods. She should not take that road, because while passing through she comes across the car with a woman inside. Yet, instead of stopping and helping the woman, Cass continues her journey home. The day after Cass learns that the woman in the car is dead. But that is just the beginning of the strange and inexplicable things that start to happen in Cass’s life.

The Breakdown is very intense and interesting mystery. It is fast paced with heavy anticipation build-up. It is a kind of story that once you start to read, you cannot stop. Get prepared for an all-nighter.

This is a story about women whose life changed after a car accident. But it was not her in the accident, it was her husband. Gwen Royal thought she has a happy life with her husband and two beautiful children. But the accident revealed a terrible and brutal secret that shatters this picture of perfect life in pieces. After the accident Gwen finds out that her husband is a serial killer. Her husband ends up in jail and Gwen with her children finds herself a new life under the new name on remote Stillhouse Lake. But her peace is temporary. Very soon her husband starts to threaten her from prison.

It is fabulous to see how Gwen, who was a shy house wife, turns into a warrior mother. The author has managed to write an amazing novel featuring a serial killer. But the story has this twist that it is not typical, and it focus on the indirect victims of the killer namely his family. This is a nerve wracking story that is worth reading.

Glass Houses is the 13th book in the series about Chief Inspector Armand Gamache of the Sûreté du Québec. The story is set in the village of Three Pines.
It all started when a masked black hooded robe figure appeared at the village’s main square. The mysterious figure is not doing anything illegal, but it surely brings unrest into the quiet village. One day something change and a body is found and that set things in motion. The murderer is found and the trial begins. The story moves back and forth from trial which is a central part of the story to the things that led to it slowly revealing mystery behind hooded figure.

Although, the 13th book in the series, the author manages to keep the suspense high and the story interesting. All readers who enjoyed the previous books in the series about Chief Inspector Armand Gamache will definitely love this one too.

Origin is a 5th book in Dan Brown series featuring Harvard professor of symbology and religious iconology Robert Langdon. It starts in the Guggenheim Museum in Bilbao where Langdon was called by Edmond Kirsch, billionaire and futurist. After a fascinating presentation Langdon is set to another code breaking and clue solving quest. This time he joins forces with Ambra Vidal, Guggenheim Museum director.

This might not be the best written mystery book with great characterization, but it has such an amazing plot. As well, it is full of intriguing codes and puzzles. The story draws on current events and hot topics. Topics like fake news and the deep dark web. Brown again plays on universal thoughts and questions and he does that magnificently.