10 Must Read Crime Stories and Q&A with Dave Warner 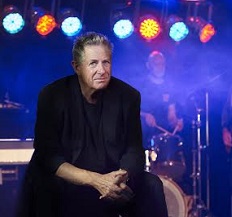 His new book Before It Breaks is a gritty, detailed crime / detective story set in remote area of Australia, complete with crocodiles and cyclones. It twists and turns to the very end leaving you wanting to book a ticket to Broome to see for yourself.

We caught up with Dave recently and asked him about his writing.

Q. It has been more than twelve years since your last adult novel, why so long?

A. Primarily because I have been writing for television and film, though I managed a series of children’s books (Charlotte and the Starlett) as well. Writing novels is my favorite occupation but I’ve had three young children growing up through that period and TV provided a better remuneration. It was however, pretty all consuming.

Q. Tell us a little about the new novel Before It Breaks

A. Like my other adult novels Before It Breaks is a crime novel. It is set in the present day in Broome in the WA Kimberley, with flashbacks to Hamburg in the late 70s. I really wanted to do a crime novel where the location is a major character – like James Lee Burke and Henning Mankell – and that’s why I went for a unique location with a small community. I also like the idea of a main character with roots in the area, so my main guy Detective Dan Clement is somebody who grew up in Broome, went to the big smoke of Perth and made his name as a homicide cop, and has returned to Broome to be near his daughter and estranged wife. I like the sense of dislocation that gives Clement, he is constantly asking where he belongs.

Q. And how does Hamburg fit in?

A. I wanted a story that reflected the modern nature of the world and how compressed it is, but also wanted contrast between chilly Hamburg and humid, cyclonic Broome. I haven’t ever spent much time in Hamburg and have relied on some German friends to help paint the picture.

Q. Do you have any plans for a film or TV rendition of the novel?

A. Personally I think it would work very well as a TV series or TV Movie in a series set around Dan Clement and his fellow detectives in the crocodile infested mangroves and hot inland desert of Australia’s north-west.

Q. Does that mean you have more Dan Clement novels in train?

A. An interesting question. Originally I thought Before It Breaks might work as a plot to bring back my detective hero Snowy Lane from my first novel City of Light: The city rocks while heads will roll. (set in Perth, Western Australia) But as I worked through the story I decided it wasn’t quite big enough in scope for a Snowy Lane novel. City of Light worked very well as an analysis of one young man’s coming of age in the context of an entire state’s coming of age, a transition from innocence to corruption, a kind of Australian China Town. Snowy was a symbolic everyman, but I wanted Before It Breaks to be contained and intimate, a smaller story with emphasis on character, so I created Dan Clement and his team.

However, in the new novel I am working on, I am thinking of bringing Snowy and Dan together in the one book. I’ve already begun working on it from Snowy’s POV … stay tuned.

Crime fiction is such a vast country that I think you should take a tour of various places to see what really turns you on. Here’s a list of my very favorites. I can’t believe how many great authors I had to leave out but the pain is part of the fun!

Christie remains the doyen of all crime authors, and though published in 1926 this is a classic. Other authors might write in a different tone and style but her ground breaking plot twists continue to be used.

Ellroy’s dark opus manages to combine numerous powerful sub-plots into one massive beating organ on crime and police corruption in early 1950s Los Angeles. This is the third part of a quartet of his LA crime novels but if you have to read one, pick this. The influence of Ellroy can currently be seen in the TV series True Detectives.

Chandler is very much in the Hammet style. Sharp, laconic style.

I could have put half-a-dozen titles of his down. Almost anything by Leonard is top shelf but this is a masterpiece as he gives us one of the greatest characters of any fiction in Chilli Palmer, the shylock who wants to be in the movies. Fabulous satire on Hollywood but still a great yarn.

6. The Silence of the Lambs – Thomas Harris.

Scream out loud tension from go to whoa. So many have copied the style since but nobody has come close to Harris for the scares and gob-smacking twists.

A Study in Scarlet is essential reading for any crime fiction buff as it kicks off the entire genre of sleuths smarter than the cops.

French writer Simenon also lived in the USA. He created the enduring character Maigret, the put upon French detective. This short story is my favorite mafia story of all with enormous moral complexity.

Mankell is the colossus of Scando crime writers and this tale is an absolute ripper. The character of Wallander, the middle-aged cop continuously examining the emptiness of his life yet frightened at changing it, is one of the best to be found in any crime fiction.

10. One for the Money – Janet Evanovich.

I’m putting in this one as a very small counter-balance against my male dominated list above. The book introduces us to single Jersey girl Stephanie Plum an accidental private detective. It’s funny, it’s clever and my teenage daughter actually congratulated me for my recommendation.