8 Most Peculiar Must Read Books Ever Written 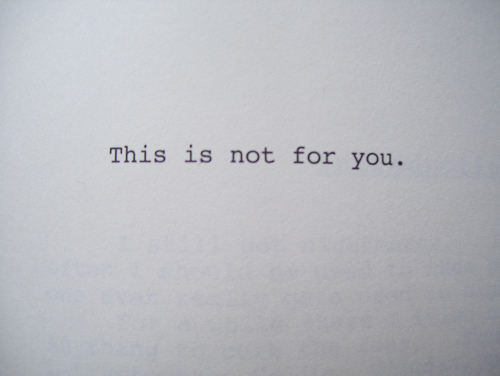 These are the books that are strange, peculiar, and extra ordinary. They break the mold of the typical book by bringing something new to the medium. They don’t follow the usual narrative, and leave you with a long lasting impression. These are the most peculiar and strange must read books ever written.

(Featured in The 10 Most “Mind Fuck” Books Ever Written)

This book is truly a trip to the dark side. Dream, hallucination, reality and drug visions blend and merge and disperse. Naked Lunch allows you to put yourself inside the tormented and confused mind of a drug addict as he loses lucidity and visits demons.

(Featured in 6 Most Frightening Novels Ever Written)

Johnny Truant, a tattoo parlor employee, has come into possession of a trunk full of bizarre scraps of paper once owned by an old blind man, Zampano who is now dead. The papers comprise of an exploration of a cult film called “The Navidson Record” and its sub-films, documentaries about an ever-expanding house that’s bigger on the inside than it is on the outside and which consumes the lives of anyone who enters its dark hallways or watches the tapes.

The Atrocity Exhibition is an perversely original, deeply disturbing tale of the `New Reality’, and the disintegration of Society. It is bursting at the seams with a ferocious wit, sexuality and, always a key Ballard theme, much railing against the irrational, all-pervading violence of the modern world.

4. The Roaches Have No King – Daniel Evan Weiss

A well written, laugh out loud novel, The Roaches Have No King is about a colony of cockroaches lives in harmony with the human couple who share their apartment; when the tempestuous woman hurls meals against the wall, there is food for all. But one day she disappears. Her successor, who is compulsively tidy, has the kitchen redone; cracks and holes are sealed, and all food is stored in impenetrable containers. The colony is threatened with starvation. This book is an astonishing work of fiction that surveys the human condition from a unique perspective.

A literal masterpiece, A Clockwork Orange is the story of good and evil and the value of choice. The main character, is a 15 year old lad named Alex whose life consists of crime, cruelty, and recklessness. After being betrayed by an accomplice, he is sentenced to prison where he volunteers for a program that corrects the seemingly uncorrectable. Only then does he being to suffer the consequences of his crash and burn lifestyle.

An “I woke up with amnesia” novel that is actually original and unique. The Raw Shark Texts is the one. Hall totally unleashes the power of words and memories in the form of a Ludovician, a powerful conceptual fish that swims in the streams of human experience and communication, a devourer of memories that, should it focus on one specific individual, will not stop pursuing that unlucky victim until he has taken everything that made that individual the person he/she was.

This is a large book of splendid, eerie illustrations of an impossible world in a parallel universe, with copious comments in an incomprehensible language in an imaginary script. A world at once familiar, inhabited as it is by humans, and hauntingly different, with its very own laws of physics, its strange fauna, its stranger flora, its unimaginable society, technology, even mathematics.

8. If on a Winter’s Night a Traveler – Italo Calvino

The protagonist of this novel is none other than you yourself, the reader. The novel is about the protagonist’s (i.e., your) attempt to finish reading the novel that you have started. However, problems keep cropping up, obstructing you from your goal: misprintings, mixups, interruptions, paramilitary operations, incarceration.

This may sound like a frustrating reading experience, but it’s actually a lot of fun, as Calvino demonstrates that starting a new “novel” saves an old plot thread from wearing out.