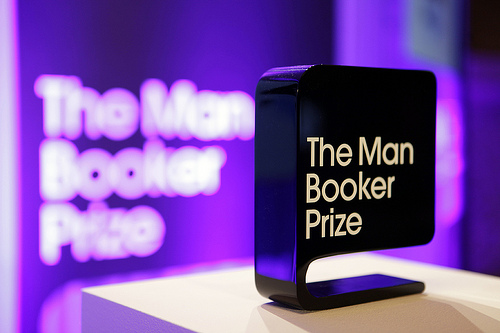 The Man Booker Prize for fiction is awarded every year to a writer from the British commonwealth, for original pieces of fiction. From 2014, all writers from anywhere in the world are going to be considered for their English writen works.

We’ve compiled the list of the to 10 winners of the Man Booker prize. We he you find some gems amongst them.

1. The Line of Beauty – Alan Hollinghurst

2004 Winner of the Man Boker Prize: Hollinghurst writes brilliantly about life among the movers and shakers of Margaret Thatcher’s London in the early 1980s. His ability to portray his characters, as one critic puts it, “from just an inch to the left” of how they would see themselves is masterly, and the result is something like the portraits of Goya, a flattering likeness with just a hint of satire.

2005 Winnet f the Man Booker Prize: John Banville presents a sensitive and remarkably complete character study of Max Morden, an art critic/writer from Ireland whose wife has just died of a lingering illness. Seeking solace, Max has checked into the Cedars, a now-dilapidated guest house in the seaside village of Ballyless, where he and his family spent their summers when he was a child. There he spent hours in the company of Chloe and Myles Grace, his constant companions. Images of foreboding suggest that some tragedy occurred while he was there, though the reader discovers only gradually what it might have been. While at the Cedars, he contemplates the nature of life, love, and death, and our imperfect memories of these momentous events.

3. The Inheritance of Loss – Kiran Desai

2006 Winner of the Man Booker Prize: Writing with wit and perception, Kiran Desai creates an elegant and thoughtful study of families, the losses each member must confront alone, and the lies each tells to make memories of the past more palatable. Sai Mistry is a young girl whose education at an Indian convent school comes to an end in the mid-1980s, when she is orphaned and sent to live with her grandfather, a judge who does not want her and who offers no solace. Living in a large, decaying house, her grandfather considers himself more British than Indian, far superior to hard-working but poverty-stricken people like his cook, Nandu, whose hopes for a better life for his son are the driving force in his life.

2003 Winner of the Man Booker Prize: An audacious and bold debut novel about a young boy who is accused of participating in a heinous crime (the Columbine-like shooting of his classmates). Deeply troubled and damaged by his life with an uncaring mother and a father who disappeared one day Vernon is unable to fathom the severity of his situation and falls further and further into a hole he unwittingly helps dig. Masterfully written in a gritty and original style ‘Vernon God Little’ mixes dark comedy and drama to perfection. It certainly deserves a spot among the classics.

2008 Winner of the Man Booker Prize: In his debut novel, Aravind Adiga takes on some hefty issues: the unhappy division of social classes into haves and have-nots, the cultural imperialism of the First World, the powder-kegged anger that seethes among the world’s dispossessed, and entrapment. But his skills as an author protect the novel from becoming one of those horrible didactic stories in which characters and plot are little more than mouthpieces and vehicle for delivering Great Truths. The White Tiger entertains and gives pause for thought. This is a good combination.

2009 Winner of the Man Booker Prize: Hilary Mantel sets out to describe a tumultuous period in English history, not by focusing on the main event- Henry and Anne- but by showing the struggle faced by those more behind the scenes. Thomas Cromwell says, late in the book, that worlds are not changed by kings and popes, but by two men sitting at a table, coming to an agreement, or by the exchange of thoughts and ideas across countries. And that is what Mantel seems to believe, too; thus, she does not focus her story on the huge proclamations or big meetings. She shows us Cromwell, alone at his desk, thinking and reminiscing. She details short, almost off-hand conversations between Cromwell and his wonderful family. And then, sometimes, she will give us fascinating debates between Cromwell and Sir Thomas More, the “man for all seasons” who was ruthless in his practices to rid England of heretics.

2002 Winner of the Man Booker Prize: Let’s begin with what Life of Pi isn’t. It’s not a Man against Nature survival story. It’s not a story about zoos or wild animals or animal husbandry. It’s not Rbinson Crusoe or Swiss Family Robinson. It’s not a literary version of Castaway or Open Water, and it’s not a “triumph against all odds, happily ever after” rescue story. To classify it as such would be like classifying The Old Man and the Sea as a story about a poor fisherman or Moby Dick as a sea story.

Martel’s story line is already well-known: a fifteen-year-old boy, the son of a zookeeper in Pondicherry, India survives a shipwreck several days out of Manila. He is the lone human survivor, but his lifeboat is occupied by a Bengal tiger named Richard Parker, an injured zebra, a hyena, and an orangutan. In relatively short order and true Darwinian fashion, their numbers are reduced to just two: the boy Piscene Molitor Patel, and the tiger, Richard Parker. The rest, you’ll have to find out for yourself.

8. The Sense of an Ending – Julian Barnes

2010 Winner of the Man Booker Prize: A novel so compelling that it begs to be read in a single setting, The Sense of an Ending has the psychological and emotional depth and sophistication of Henry James at his best, and is a stunning new chapter in Julian Barnes’s oeuvre.

9. Bring up the Bodies – Hilary Mantel

2012 Winner of the Man Booker Prize: This novel begins in Sept. of 1535, and King Henry has been married to Anne Boleyn for just under 3 years. She has given birth to a daughter, Elizabeth, but like Queen Katharine before her she has failed to produce a male heir.

Anne Boleyn and her family have many enemies, both because of her haughty attitude and because of the circumstances of her marrying King Henry. England is in turmoil and deeply divided over Henry’s break with the Vatican and over his controversial annulment to his beloved first wife, Katharine of Aragon. Tensions come to a head when Jane Seymour, one of Anne’s ladies in waiting comes to the attention of King Henry, and then again when Anne miscarries a son on the same day Queen Katharine is buried. Henry wants out of his marriage and this does not bode well for Anne.

Catton’s writing style is beautifully lush and vividly descriptive. Her descriptions of the myriad characters are wonderfully rendered both in the descriptions of their physical selves and of their inner selves. Catton also creates a unique and interesting setting of a New Zealand gold mining town in the mid-nineteenth century.