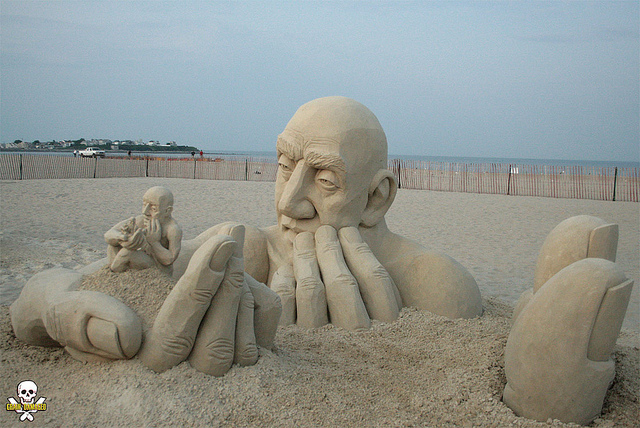 Non-Fiction is a very broad range. This list of best selling non-fiction from 2015 is a lucky dip of topics.
From dating practices, pet stories to the people of New York, this eclectic list is sure to give you an idea or two for the summer holidays.

This is not another book by a comedian about their career. Ansari is demystifying modern dating, with the backing of data from expert research – albeit in his humorous an entertaining ways. The book is a social study that focuses mostly on online dating, but also enlightens with studies and observations of dating culture in other parts of the world. Whatever your stance is on modern dating trends, this book will at least help you understand the curious ways people are looking for love in the 21st century.

If you are active on Facebook, and have a rather global friend list, chances are you may have come across Stanton’s page. In 2010, Stanton set out on an ambitious project of photographically documenting the diverse people living in the Big Apple on his blog, which resulted in a book of the same name. This book is a follow up, with more stories from the people Stanton photographed and interviewed. HONY is a passion project that shines the spotlight on the fascinating individual lives of people in a big bustling city. After going through this compilation, you may not look at another passed in the streets the same way again.

3. Between the World & Me – Ta-Nehisi Coates

Drawing on his personal experience and those of other African American youths, Coates paints a clear and humane picture of what it means to be a person of color in America. He brings to light obvious issues regarding race that many people are aware of, but often subconsciously choose to turn a blind eye. Whether we care to admit it, racial politics does affect each and everyone us, and Coates shows us why we should not ignore them.

4. H is for Hawk – Helen Macdonald

This book is Macdonald’s heartfelt personal account of adopting and raising a goshawk named Mabel. More than just a human-animal bonding book, Macdonald’s account of her experience if rife with astute observations and reflections on human emotions that are rarely found in other books in a similar vein. Particularly insightful is how she demonstrates that we tend to project out emotions, temperament and belief on our relationship with animals – it is something people with pets can nod to.

In this engaging, somewhat unsettling and infuriating book, Krakauer carefully documents the flawed justice system when it comes to sexual assault cases. Exhaustive in details, the author presents the heroes and villains involved in a college town rape case. Perhaps the only missing piece is interviews with locals that could offer a perspective of the average citizens’ take on rape culture. As depressing and upsetting as the subject matter is, the book is still must-read that could raise awareness of the impact of sex crimes on the victims’ lives, especially when their assailant walks free.

If you enjoy stories of treasure hunt and sunken ships, you will enjoy Pirate Hunters. The ‘pirate’ in question of Kurson’s book is Joseph Bannister – notorious 17th century English pirate. The book is extensively researched and factually accurate, but it is far from the dry historical account you’d expect. The author has done a great job in presenting a story that may just get you excited to go on a scuba diving trip.

The internet can be a powerful for vigilante justice where “shame war” can be waged on perpetrators by people banding together, each “online vigilante” safe behind their computer screens. Ronson had once ignited a virtual war that brought down a group of men using his name for a Twitter account. Somewhat ironically, in his book, he examines the impact such internet justice has on those of a receiving end. There are some philosophical questions raised throughout the book about internet justice. They might make you think twice the next time you post something online.

8. For the Love: Fighting for Grace in a World of Impossible Standards – Jen Hatmaker

If you are looking for some light reading from a Christian perspective, you will love Hatmaker’s book. The beauty of this book is that though coming from a religious standpoint, it does not feel too preachy and dogmatic. Instead, the author presents a practical approach to theology, some of which are great points non-Christians can find agreeable.

9. Rising Strong: The Reckoning, The Rumble, The Revolution – Brene Brown

The basic message of this book is to be your authentic self.  Find the courage to rise up to the occasion in the face of adversity and failure. There may be a few too many personal anecdotes in the book for some.  But the main message of strength and courage stands. The book is a practical and inspiring reference, drawing on the author’s voice and experience.