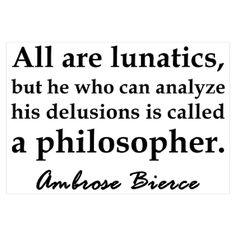 This list of top 10 selling modern philosophy books may seem a little random at times.

Its been said you dont read philosophy books, you delve into them to help you answer questions about life, reality, knowledge, values, reason and more. So this varied list of the top selling modern philosophy books in 2015 simply reflects our collective curiosity about all aspects of life from sexuality to architecture.

Modern Philosophy covers roughly, 17th to 20th century thinkers, originating in Western Europe.  It followed the  well know renaissance period, and in turn, is followed by post modernity philosophy.  Key figures in modern philosophy typically fall into one of two groups – the “rationalists” arguing all knowledge begins from innate ideas, and included many famous people such as Descartes – famous for his philosophy quote “I think, therefore I am”, and Leibniz.  The “empiricists” who argued knowledge begins with sensory experience, such as John Locke and David Hume, are perhaps lesser known. Later modern philosophers include Karl Marx, and Friedrich Nietzsche.

Delve into this top selling list and reap the benefits of reading widely to improve your thinking skills.

1. The Wisdom of Insecurity: A Message for an Age of Anxiety – Alan Watts

As humans, we crave some sort of psychological security – whether we are aware of it or not. Watts examines our efforts to find the needed answers to quell our spiritual and intellectual uncertainties, and why it is important to live in the present moment. This book will challenge your habitual ways of thinking and perceptions, providing food for thought in more than a few ways. What if there really is no such thing as certainty or stability, but only a present moment that infinitely unfolds?

Is equal distribution of wealth and income the answer we need to irradicate economic inequality? Not really, according to Frankfurt. In this book, he hypothesizes that we are morally obligated to eliminate poverty, rather than concern over egalitarian principles. In the fight against poverty, Frankfurt argues that it is more important for people to have sufficient of what they need for a decent quality of life. Unlike other books that are more theoretical, On Inequality cuts to the chase of the age-old argument regarding the injustices surrounding income disparity. The author even proposes some original solutions that could create a more balance society.

3. The History of Sexuality – Michel Foucault

Think you know all there is to know about sex? You may not be so sure after reading Foucault’s three-volume study of sexuality in the western world. The French historian and philosopher presents a fascinating study into how historical trends have molded our contemporary interpretation of sexuality. This is a work that is not to be missed by anyone interested in gender studies, and it may even compel you to confront deeply held personal assumptions about gender and sexuality.

4. Discipline & Punish: The Birth of the Prison – Michael Foucault

The prison system exists so that wrongdoers can be punished by the law; or at least that’s the simple principle. In this enlightening book, Foucault makes a compelling argument that disciplinary measures are not exclusive to prisons, but have been pervasive in our daily lives. He builds a strong case by tracing the history of penal systems, from 17th century corporal punishment to modern juvenile delinquent rehabilitation. After reading this book, you will not look at school detentions and surveillance cameras the same way again.

Bruce Lee was a multifaceted man – martial artist, actor, and thinker – whose life was cut short by tragedy. Striking Thoughts is a comprehensive compilation of Lee’s wisdom that made him such a success. This easy-to-read book covers 72 topics and 825 aphorisms, ranging from spirituality and physical training to family life and filmmaking, all of which the great master was known to live by. If you are looking for a daily dose of inspiration and philosophy from an extraordinary mind, this book is the way to go.

6. The Poetics of Space – Gaston Bachelard

What makes a house a home? According to French philosopher Gaston Bachelard, our memories and thoughts have an impression on the physical space in which we live, giving it a unique character of its own. Applying the principles of phenomenology to architecture, the author gives an in-depth examination of details in houses and the metaphors they serve. His observations are nicely balanced out with rational explanations. Some readers may argue that the author’s observations and conclusions are entirely subjective, since the meaning of features in houses differs with each individual’s perception. Nonetheless, this book is an interesting read, especially for architecture students and home decoration enthusiasts.

7. Thus Spoke Zarathustra: A Book for Everyone and No One – Friedrich Nietzsche

Considered by many to be Nietzsche’s most influential work, this philosophical novel tells the tale of ancient Persian prophet Zarathustra emerging from his solitude to tell the world that God is dead. The narrative is simple, but filled with metaphors that present readers with the challenge to decipher its deeper meaning. It is not the easiest philosophy book to read, but it is worth reading. It is one of those books that will leave you with ideas to think about for hours after you put it down.

What makes the modern economy so different from that of the olden times? This book wonderfully traces and summarizes how economic thoughts have evolved over the last 200 years. Heilbroner looks into the schools of thought from various thinkers throughout history. He also touches on the lives of economic philosophers to see if there is a link between their life experiences and their writings. The Worldly Philosophers draws on history to help us understand our own times, making it an enlightening read.

Although it was first published in 1858, the issues presented in The Human Condition have become much more relevant now than before. Arendt takes readers on a crash course of human and philosophical history, demonstrating how the past has a hand in shaping our modern way of life and the way we see ourselves. Original, thought-provoking and broad in its scope, this book is a masterpiece way ahead of its time that delves into the unending question of what it means to be human.

If you are unfamiliar with metaphysical concepts, do not expect to understand this book the first time you read it. Hegel’s basic argument is that human existence is more than the physical form, and that we will ultimately move towards transcending our primitive animalistic nature, into beings of pure reason. Phenomenology of Spirit is not for the faint-hearted reader; it is 600 pages long, and may require plenty of re-reading, thinking and studying to truly grasp its contents. However, it is one of the most masterful, comprehensive and profound works in Western philosophy.