14 Powerful and Mind Blowing Quotes From The Best Books 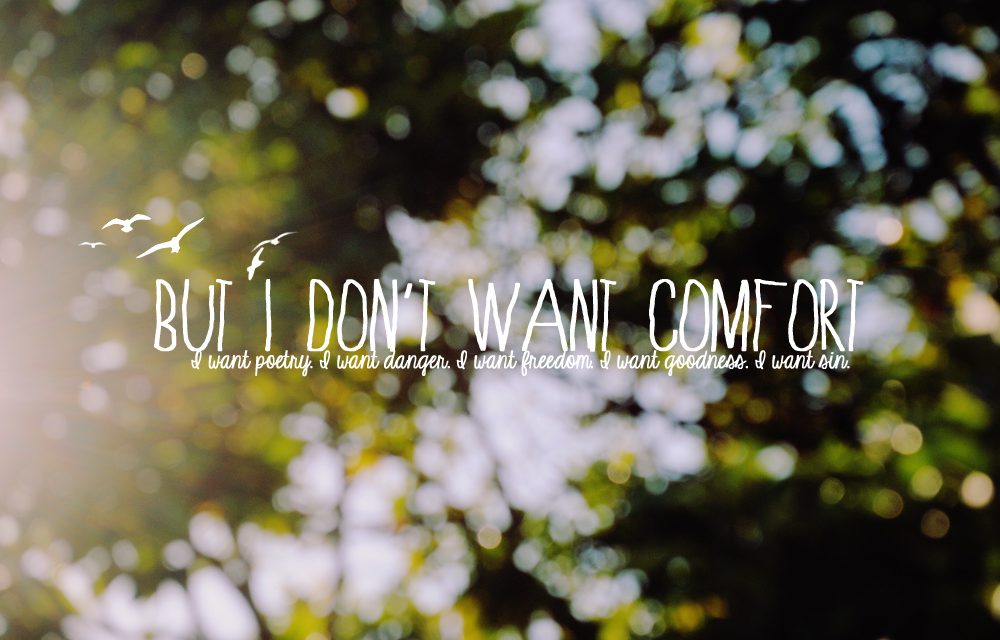 These powerful quotes and lines from books stay with you long after you’ve read the book.

The quote, when taken out of the book and presented in this context is still extremely powerful, which is a testament to their ingenuity and relevance. They get a strong message across and make you think, which is exactly what a great book should do.

“I wanted you to see what real courage is, instead of getting the idea that courage is a man with a gun in his hand. It’s when you know you’re licked before you begin but you begin anyway and you see it through no matter what.”

“All grown-ups were once children…but only few of them remember it.”

“And Lot’s wife, of course, was told not to look back where all those people and their homes had been. But she did look back, and I love her for that, because it was so human. So she was turned to a pillar of salt. So it goes. People aren’t supposed to look back. I’m certainly not going to do it anymore.”

“I must not fear. Fear is the mind-killer. Fear is the little-death that brings total obliteration. I will face my fear. I will permit it to pass over me and through me. And when it has gone past I will turn the inner eye to see its path. Where the fear has gone there will be nothing. Only I will remain.”

“There, peeping among the cloud-wrack above a dark tor high up in the mountains, Sam saw a white star twinkle for a while. The beauty of it smote his heart, as he looked up out of the forsaken land, and hope returned to him. For like a shaft, clear and cold, the thought pierced him that in the end the Shadow was only a small and passing thing: there was a light and high beauty for ever beyond its reach.”

“But I don’t want comfort. I want God, I want poetry, I want real danger, I want freedom, I want goodness. I want sin.”

“Gatsby believed in the green light, the orgastic future that year by year recedes before us. It eluded us then, but that’s no matter—tomorrow we will run faster, stretch out our arms farther. . . . And then one fine morning— So we beat on, boats against the current, borne back ceaselessly into the past.”

“Until a man is twenty-five, he still thinks, every so often, that under the right circumstances he could be the baddest motherfucker in the world. If I moved to a martial-arts monastery in China and studied real hard for ten years. If my family was wiped out by Colombian drug dealers and I swore myself to revenge. If I got a fatal disease, had one year to live, and devoted it to wiping out street crime. If I just dropped out and devoted my life to being bad. Hiro used to feel this way, too, but then he ran into Raven. In a way, this was liberating. He no longer has to worry about being the baddest motherfucker in the world. The position is taken.”

“When a child first catches adults out — when it first walks into his grave little head that adults do not always have divine intelligence, that their judgments are not always wise, their thinking true, their sentences just — his world falls into panic desolation. The gods are fallen and all safety gone. And there is one sure thing about the fall of gods: they do not fall a little; they crash and shatter or sink deeply into green muck. It is a tedious job to build them up again; they never quite shine. And the child’s world is never quite whole again. It is an aching kind of growing.”

“Anything worth dying for is certainly worth living for.”

“I wanted so badly to lie down next to her on the couch, to wrap my arms around her and sleep. Not fuck, like in those movies. Not even have sex. Just sleep together, in the most innocent sense of the phrase. But I lacked the courage and she had a boyfriend and I was gawky and she was gorgeous and I was hopelessly boring and she was endlessly fascinating. So I walked back to my room and collapsed on the bottom bunk, thinking that if people were rain, I was drizzle and she was a hurricane.”

“Indeed the safest road to Hell is the gradual one–the gentle slope, soft underfoot, without sudden turnings, without milestones, without signposts.”

“Our lives are not our own. From womb to tomb, we are bound to others. Past and present. And by each crime and every kindness, we birth our future…”

“No matter how careful you are, there’s going to be the sense you missed something, the collapsed feeling under your skin that you didn’t experience it all. There’s that fallen heart feeling that you rushed right through the moments where you should’ve been paying attention. Well, get used to that feeling. That’s how your whole life will feel some day. This is all practice.”