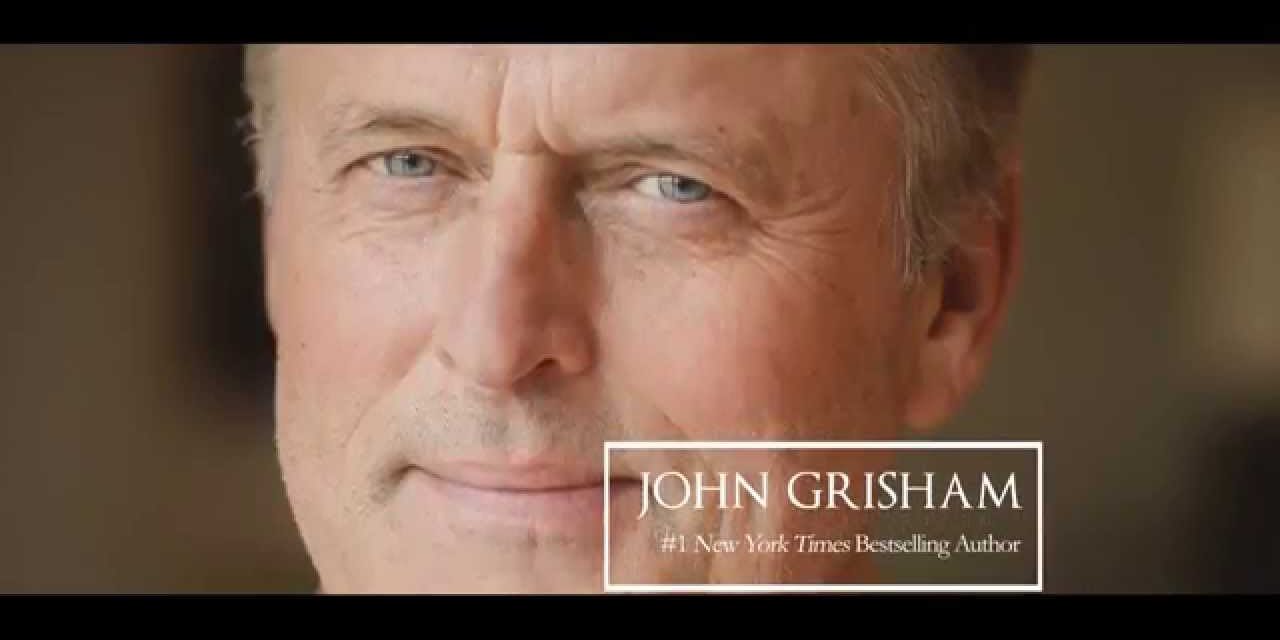 John Grisham is a highly successful, best selling author of (mostly) legal thrillers. He draws on his professional life as an attorney, politician and activist. Best John Grisham books lists abound and vary wildly with personalities. This Best John Grisham Books list by WhyToRead is our list of  our favorites.

Lawyers turned rogue, crazy families, small towns, big towns and even a baseball rookie – these books have it all.

For those who enjoyed Grisham’s A Time to Kill, Sycamore Row is sort of a loose sequel that brings back many of the characters from the earlier novel. The book started off with a bang: a wealthy man had committed suicide, leaving behind a hand written will that cuts out his family from his estate and makes his maid the beneficiary. With unexpected twists and dysfunctional characters that are typical of a Grisham legal thriller, this is a page-turner you don’t want to start reading if there are a lot of important things still unchecked on your to-do list.

Samantha Kofer had a career at a prestigious Wall Street law firm, until she became part of the downsizing effort due to the recession. Her new job then takes her to a small coal mining town where people will kill to cover up secrets.  They are not at all keen on newbie Samantha being in town. Some Grisham readers consider Gray Mountain one of his weakest works, and Samantha among the least sympathetic protagonists.  We,  with many others rank it as a favorite. Either way, you are still in for an entertaining read that will have you turning pages. Whether you find the conclusion satisfactory is another matter.

Meet Malcolm Bannister, a lawyer jailed for a crime he didn’t commit and he is out for revenge. The Racketeer is a novel that requires the reader to set aside what they deem to be realistic for the sake of being immersed in a crafty story. Stop questioning the possibility of some of the main character’s actions and the overall plot, curl up and enjoy a fast and thrilling read.

A lawyer who plays by his own rules, Sebastian Rudd is known for defending clients other attorneys would not take on.  He  even occasionally resorts to shady tactics to get what he wants. For those who enjoy a more character-centric legal drama, Rogue Lawyer is a great choice as far as Grisham’s books go. Rather than focusing on one court case, the plot revolves around Rudd as he works on case after case,  while going through a custody battle with his ex-wife. Shenanigans and antics abound in this one.

Instead of suspenseful legal battles, The Litigators is about the lives of two less upstanding lawyers – Oscar Finley and Waly Figg, partners at their own tiny firm, Finley & Figg. Always looking to make the most out of each clients and situation, they are joined by the disillusioned David Zinc.   After a series of legal misadventures, the three ended up in a big courtroom battle against some formidable opponents. Overall, it is a fun-filled Grisham novel, peppered with complex characters.

Last but not least in our Best John Grisham Books list is his first baseball novel.  Centered on rise of a promising rookie player, Joe “Calico Joe” Castle, whose career was ended by a near fatal pitch thrown by a big leaguer, Warren Tracey. The novel is more than just a story about one of America’s favorite sport, but also of human drama. Told through the eyes of Warren’s 11 year-old son, the plot unfolds with how the events of a game had influenced the lives of those involved. The book is a departure from the legal thrillers Grisham is often associated with, but the story is just as engaging.