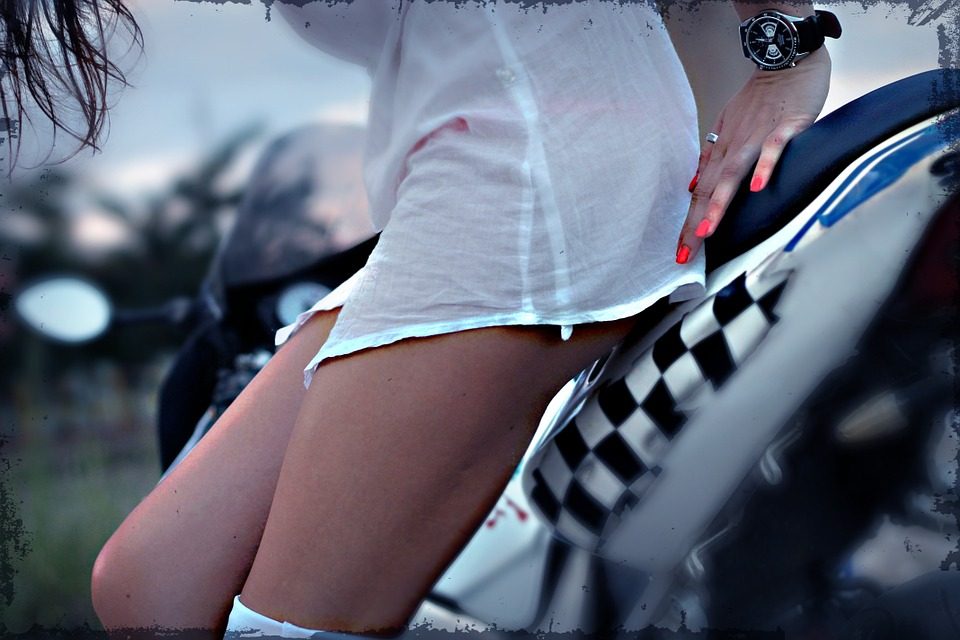 Think of a world where men are kings and women are there for their pleasure. The Gor series is a staple read for many in the BDSM community and this tantalizing novel is no different. When Judy Thorton is abducted and wakes up on the planet Gor, her life is changed forever. Expect bondage, adventurous sex and master/ slave relationships. Judy learns to be a pleasure slave and her master learns to love HIS girl, though he will never admit it. Set in an alternate universe you can expect alternative philosophies and sex that test’s both Judy’s limits and your own.

Aliens sometimes do more than fly around Roswell. Scarlett J Rose gives us a novel full of adventure, alien sex and possible love in a post-apocalyptic world. The D’Shraki aliens have annihilated the human race and what women are left are hot commodities. Zara, one of the few females left, is impregnated by the Overlord and is now on the run. She encounters danger around every turn and only with the other human survivors will she stand a chance. Jake, an old flame reappears and with his help she needs to evade the Overlord’s lust. This story is told over 3 books and all in all makes a thrilling series that twists aliens with motherhood and love.

3. Menage: All filled up – Kathleen Hope

When Gia leaves Chicago for the lights of L.A she has no idea what manly creatures lurk around the corner. After breaking down along the way she is forced to stop in a small town where strange things unfold. If you like a story with anamorphic themes, then Ménage: All Filled Up is the story for you. There are love triangles, brotherly fights, steamy sex scenes and a man who is something more than what he seems. Will Gia’s discovery push her closer to the man who may hurt her?

You know when a book has vampires, succubi, sex vending machines and strange sex transplants that it has to be good. Pornucopia is a set in a futurist landscape where seduction, erotica and everything mildly sexy is now the norm. The novel follows Prior Gross as he is seduced by sexy she-devils and is taken down some dirty paths. This novel is full of kinky adventures and there is no knowing what creature or character will pop up next in Prior’s bed. Anthony is an award-winning science fiction author and this kinky deviation of a story is much loved and well-reviewed.

Time travel is nothing exciting in the 24th century. Everyone is doing it but is everyone finding love? In Warrior by award-winning Angela Knight, we meet Galar Arvid a modified human from the future who must protect a girl from the past. It’s not as complicated as it sounds but it sure is compelling. This time-hopping novel pitches Jessica (an artist who has no idea what she is in for) against warlords, adventure and possibly love. With all the action in this novel you will be taken on a fantastical ride through time but still focus on the explosive romance between timid Jessica and the strong Galar Arvid.

It is not easy being a strong female battleship piolet like Victoria Stark. She is kick ass and bows to no man, or so she thought she never would. Hawke is the queen of weaving erotica with science fiction and this is no different. Victoria is taken as a hostage upon a ship with a creature that sees humans as nothing more than pets. Pets to pleasure them and to be kept on a short leash. Interstellar Service & Discipline is like a better version of Star Trek dripping with BDSM, same-sex sex and enough pet play to keep those of you who like your leash happy.

Being a sexy police lady is hard enough. Throw in a possible serial killing alien and you have a receipt for a thrilling novel. Awaken Me Darkly follows Mia Snow a sexy alien huntress who is not afraid to play with the big boys. She has done her time and just when things seem ok she is pitted against an alien suspect who seems to be a king of seduction too. Will Mia fall for the charm of the alien she is supposed to hunt and is he the man they are after? Showalter makes this novel read like a detective story and there is enough sex to keep you engaged in the romance between Mia and the alien Kyrin en Arr.