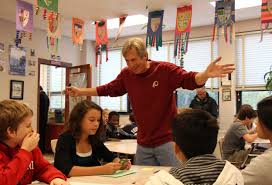 This post of six books completes the Fiction side of our English Teachers Reading List. Several have been featured on previous lists, which just goes to show that the best books are recommended by many. Read these to complete your education and reap the benefits of reading widely.

Even though English is not the authors first language, yet she writes with breathtaking poetry and vivid imagery. Set in India, in the province of the first democratically elected communist government, she tells the story of an indian family in the 1960s. Issues such as caste and racial prejudices and biases, the abuse of women and the weight of tradition are examined through the lens of a childs perspective. But is is the small things will stick with you.

You will probably find this to be a very blunt and confrontational story. It tells the story of a verbally and sexually abused African American teenager in the ghettos on Harlem. There is no story book ending, but you are still uplifted by the perseverance and determination of Precious and her teacher, Blue Rain.

Dirt Music is a sweeping tale of self-doubt and self-discovery, and, like the landscape of Western Australia where it is placed, it is wild and serene, replete with a music all its own. Tim Winton is one of Australia’s most acclaimed Authors.

Featured on many lists of the greatest novels of the 20th century. The stream-of-consciousness style is demanding, and will require you to exercise a few mind muscles. The reward of rich, imaginative language, like a literary Monet, is the reason for reading. The Hours, by Michael Cunningham, featured in our first list of this series is based on this original novel.

Featured in more lists than we can list here, we’ll just quote the New York Times.

BRILLIANT and hugely ambitious… It’s the kind of book that can be LIFE CHANGING.

If you have read it already, then try one of his other books, like the trilogy Underdogs, written before The Book Thief. Also highly awarded, these coming of age novels are compelling and bittersweet.