Technology Books – some History to Stretch Your Mind 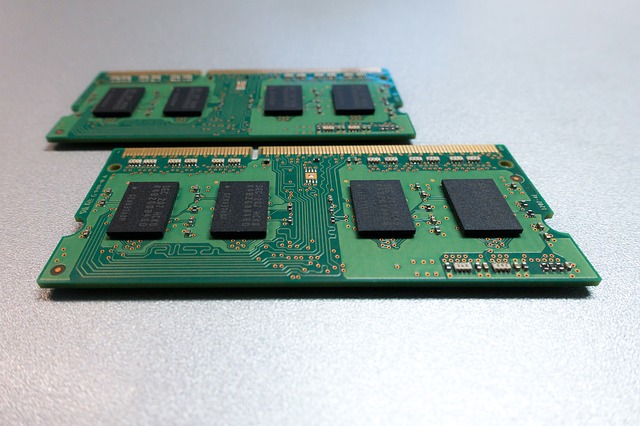 History of Technology Books for Summer 2017.

This list of popular almost historical technology books will update your knowledge and help you understand where some of these changes have grown from.

George Gilder is an economist, writer, investor and techno-utopian among many other things. In 1989 he wrote Microcosm, a revolutionary book in which he captures the birth of the computer at the very beginning of their development. This book was revolutionary, and some of Gilder’s predictions came true. In Microcosm he writes about the history of entrepreneurial relationships in Silicon Valley. He also writes about the people, discoveries, and inventions. He puts a lot of emphasis on individual initiative in the development of computers. Readers should be warned, this quite a technical book. Not everyone will find it easy to read – be brave and stretch your mind a little. It is however, a very interesting book about history of high-tech. Have a go and you will learn a lot.

George Gilder wrote Telecosm 7 years after Microcosm. In Telecosm he focuses on communication technology i.e. on the birth of the age of the telecosm. World of telecosm is a world empowered and defined by new communication technology that we now know as Internet. But Gilder does not just write about past he also (again) tries to predict what the future will hold. Reading this book from some historical distance it becomes obvious that Gilder was right with some of his predictions (e.g. future of fiber and wireless optics), but others have not yet come to pass. Gilder writes with a passion and his explanations about tech development are fascinating. From a strictly modern technology point of view this book could be updated. But if you are interested in reading about the history of hardware, software, chips, storage, and many other technologies that our lives now now depend on, pick this book.

3. The Wisdom of Crowds – James Surowiecki

James Surowiecki is a journalist and staff writer at The New Yorker where he writes a regular column called “The Financial Page”. The Wisdom of Crowds was published in 2004 and in it Surowiecki explores one very simple idea. He claims that under the right circumstances large groups of people are smarter than the smartest people in them. Throughout the book he explores and give proofs of his theory across a wide range of fields. His knowledge spans popular culture and psychology to military history, behavioral economics, politics and ant biology. He explores the problem through cognition, cooperation and coordination. Throughout this book Surowiecki provides important life lessons and he show us how and why we live our lives. He also demonstrates how we choose our leaders or run our businesses and even think about our world. Not strictly a technology book, these concepts still drive much of the change happening now. This book is well worth reading.

4. The Physics of the Future – Michio Kaku

This book has very interesting subtitle “How Science Will Shape Human Destiny and Our Daily Lives by the Year 2100”. It was published in 2011. Its author is theorist physicist, popularizer of science and futurist. He is also professor of theoretical physics at City College of New York. In this book he writes about the possible development of artificial intelligence, space travel, medicine, computer technology over the next hundred years. Although Kaku writes about space elevators and a car that flies, this is not a science fiction book. This book is based on in depth research. While researching for the book Kaku interviewed 300 top scientists who have developed amazing prototypes of things that might be ours in the future. Also he takes into account the principles of science that regulate how quickly technology can advance. Based on these things he outlines the vision of our technological future. Read for the science and fiction part of your brain. Its only science fiction until it’s technology.

Ken Auletta is American writer and journalist. He writes media critiques for the New Yorker. World War 3.0 was published in 2001, and its subtitle is Microsoft And Its Enemies. The subtitle summarizes the theme of the book. World War 3.0 is in fact a chronicle of the conflict between Bill Gates’ Microsoft and the United States Government. The story of the large US Government civil suit against Microsoft for allegedly stifling competition and innovation on a broad scale.

One might think this would be a boring story. But Auletta writes exceptionally well. He has so much knowledge and wisdom, gained through his work as a media, software and communication industry journalist. So this becomes an interesting read and no spoilers – you will have to decide yourself if Microsoft has helped or stifled technology, competition and innovation.

Chris Anderson is an editor of Wired Magazine – a monthly American Magazine available online and in print. Magazine focuses on effect of emerging technologies on culture, the economy and culture.
Back in 2004 Anderson wrote an article in Wired about statistical distributions and its potential to revolutionize business. Two years later he further developed this idea and turned the article into this book.

In The Long tail – Why the Future of Business is Selling Less of More, Anderson explains how to get into new economy of abundance by catering to the tastes and expectations of consumers. He focuses a lot on the rise of digital world and how the digital world has expanded the marketplace open to a business. This is a pretty controversial book and not all readers will agree with author’s ideas. Read this technology book and make up your own mind.

7. The Singularity is Near – Kay Kurzweil

Kay Kurzweil is futurist, inventor and author of books on health, artificial intelligence, trans-humanism and technological singularity. Published in 2006, this book on technological singularity focuses on artificial intelligence and the future of humanity. Kurzweil examines the union between human and machines. Looking at this union of knowledge and skills that will be embedded into human brain. The potential is our brains will have greater capacity, speed and knowledge-sharing ability than ever in the history of man. Although Kurzweil is arguing that this future will come one day, he doesn’t say when.

This is highly provoking book about possibilities of our future. It is also an impact book and it can change the way you perceive the world. Whether one agrees with Kurzweil’s ideas or not, this almost historical technology book should be read by everyone. This technology is almost here, in 2017 and is definitely a technology of the future.

Subtitled How Google and Its Rivals Rewrote the Rules of Business and Transformed Our Culture. The Search is as you would expect a book about search engines in our culture. It was published in 2005 by John Battelle who was a founder of The Industry Standard and then editor of Wired. Both of these magazines have had a great influence on perceptions of the world of the Internet.

Whilst this is primary a book about Google, it is not the corporate history of Google. Instead the author wants to explore and understand the cultural anthropology of search. So he analyzes the role of search engines and human curiosity. Although Battelle writes a bit about Google history, he also covers his thoughts on the potential future of this big technological giant. Now 12 years later, Google is one of the largest companies on the planet, driving technological change in many parts of our lives. Understanding how the search engine is behind this makes this a valuable technology book to read for those who grew up in a ‘google world’ and those of us (like WhyToRead Librarian) who are older.