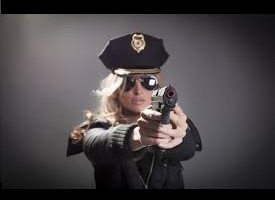 Sci Fi is a very popular genre on WhyToRead.com.  As are detective/thriller books.  Today our review list show cases some of the best ever sci fi detective novels ever written.  Plunge into the future with robots, androids, personality chips and lots of murders to solve.

1. The Caves of Steel – Isaac Asimov

First in the Isaac Asimov’s Robot series The Caves of Steel introduces an unusual partnership between a New York City detective Elijah Baley and a humanoid robot R. Daneel Olivaw. These two are forced to work together after prominent Spacer, Dr. Roj Nemennuh Sarton, is murdered.
The story takes place three millennia into a future. The Earth is not a nice place to live. But the more lucky ones  live in the Outer Worlds – colonized planets known as Spacer worlds. These two worlds are polar opposites; while Earth is overpopulated and has strict rules against robots; Spacer worlds are lowly populated and use robots for everything.  Needless to say, Elijah Baley does not like either Spacers nor his assignment.

What is interesting in this story are two worlds that Asimov created and two complete opposite characters who are forced to work together and overcome their differences.  This well known, classic sci fi detective story published in 1954 is still intriguing and very interesting to read.

Dirk Gently’s Holistic Detective Agency is a lesser known series written by Douglas Adams, author of The Hitchhikers Guide to the Galaxy. It contains only two books. Adams wanted to add the third one to the series but unfortunately he died before he finished it.

This is a strange and funny novel. It has disparate plotlines. Actually the story contains several plots. At the beginning the reader will meet “Electric Monk” who is looking for a Door. After that the focus shifts to Professor Urban Chronotis at St. Cedd’s College in Cambridge. Soon the story is full of strange things and the only person who can make a connection between them is a Dirk Gently. Dirk Gently is Holistic Detective. In another words he understands and know that all things are interconnected. Dirk Gently is not major character, but he is definitely the central one and he is the character that make this truly unpredictable story so interesting. Funny and different this story is must read for all Douglas Adams’ fans and beyond.

Set 500 years in the future, Altered Carbon is a hard boiled cyberpunk crime novel. The world that Morgan creates is an interesting one. It is a world in which other planets are inhabited by human beings. The United Nation Protectorate oversees these planets. In this world it is possible to digitally store a personality and downloaded it into new body. But not all humans are doing that; only the richest want to live forever by moving their personality into new body when the old one dies.

The main character is Takeshi Kovacs, ex-soldier who gets tasked to find out what happened to Laurens Bancroft. Laurens Bancroft is one of the very rich who has committed suicide to take a new body, but lost 48 hours of his memory in the process. Takeshi Kovacs’ task is to find out what happened in that 48 missing hours. Was it suicide, or actually murder?
This is brutal novel but with a very interesting premise. In 2003 it won the Philip K. Dick Award for Best Novel.

This is a first book in the series about Marîd Audran, originally published in 1987. Set in the 22nd century in which Islamic world is prosperous while the US, Europe and Soviet Union are in decline. The main character is Marîd Audran, freelance operator and hustler. He is extremely proud to be independent and free from cybernetic modification. Still, in order to alter his mood he relies on drugs and alcohol abuse. Everything will change for Marîd when his acquaintances start dying. In order to catch the killer he is forced to undergo advanced cybernetic modification against his choice.
Effinger builds a fascinating world in which people can easily modify their personality by plugging in chips. Other chips can also enhance or bestow skills like the ability to speak a foreign language, or suppress some physical and mental functions.

A sci fi detective story with twists and turns of a great plot. Further, the story has provoking ideas about personality modification and genders. All in all very interesting read.

Alfred Bester’s The Demolished Man was a winner of the first Hugo Award in 1953. This is a so called inverted detective story, which means that the reader knows who the killer is from the very beginning. Therefore the story focuses on how the killer will be find and caught. Set in the 24th century where society consists of telepathic and non-telepathic humans. The murderer is an extremely smart non-telepathic human, Ben Reich. His goal is to get away with murder in a world where police officers have strong telepathic abilities. The telepathic police officer who tries to catch Ben is a Lincoln Powell. Lincoln Powell, despite of his telepathic powers cannot keep up with very clever Ben.

This is very interesting classic sci fi novel set far in the future yet does not involve aliens or robots. Definitely worth reading.

6. The Automatic Detective – A. Lee Martinez

This is a story about Mack Megaton. Mack is not a human; he is a robot, a massive one. He is a robot built for destruction. But Mack is not destroying anything, because he is a taxi driver. When his neighbor and her family go missing Mack becomes an amateur detective on a mission to find his neighbors.
Although set in future the first half of the book is very much classical detective novel. The only difference is the characters/ suspects who Mike meets. They are every bit sci fi classics, some of them have extra limbs while some have tentacles instead, and then there are some monsters that are very Godzilla-like.

We found the second part of the story is a more action than talk oriented. But a great fun story.

The Automatic Detective is part noir, part action story full of very colorful characters. It is fun and interesting read

A Philosophical Investigation was first published in 1992 and is set in 2013.  Researchers have discovered physiological basis for the most brutal criminal tendencies in men. Names of all men diagnosed with such a tendencies are stored in the database. The problems begin when one of diagnosed man breaks into the database, removes his name from it and start to kill other men in the database. The case is taken by Chief Inspector Isadora “Jake” Jakowicz who tries to catch the killer.

The story is told from two points of view. One is the POV of the Chief Inspector, and the other is diary entries of serial killer, code named Wittgenstein.  Although Kerr’s “future” is already past this story is still an interesting read in the genre of sci fi detective fiction.

Do Androids Dream of Electric Sheep is a classic SF novel that was made very popular by the movie Blade Runner with Harrison Ford. Yet this sci fi detective novel was first published in 1968.

The story is set in 1992 post-apocalyptic, post nuclear war San Francisco. The biggest consequence of the nuclear war was extinction of most animal species. Therefore being an animal owner became very prestigious and a sign of empathy. In order to get a real animal and to replace his electronic sheep, Rick Deckard signs up to a mission. His mission is to find and destroy six escaped, rogue androids. Deckard’s biggest problem is that androids look exactly like humans.

The story focuses on Deckard’s hunt of the androids, but the main question of the story is about what it is to be human. This is a classic novel that asks very important questions about identity, empathy and being human.