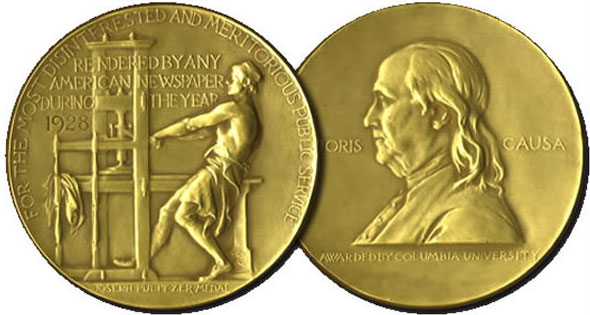 The Pulitzer Prize for Non-Fiction is one of the seven Pulitzer Prizes that are annually awarded. They have been awarding the prize since 1917, and below we have compiled the best of the non-fiction winners that we believe are a must read for anyone who is interested in politcal science and the current affairs of the world.

These books are about our history, both as humans and as civilizations, as well as charting some of the most serious issues that we have had to deal with as a global society in the previous 50 years.

5 Pulitzer Prize Winning Books To Read Before You Die

Jared Diamonds book on the history of the worlds civilizations is not an easy read, but for such a vast subject matter, it takes time and a lot of detail to show how the world became the way it is now, and how certain civilizations thrived while others were destroyed by either guns, germs or steel.

Deemed “the best history of oil ever written” by Business Week, Daniel Yergin’s Pulitzer Prize–winning account of the global pursuit of oil, money, and power has been extensively updated to address the current energy crisis.

The Dragons of Eden: Speculations on the Evolution of Human Intelligence – Carl Sagan

Carl Sagan really does a great job of going step by step, through the brain, explaining the processes, and giving a clear understanding to the reader of how we can see the evolution of our brains from those of lowly worms, to fish, reptiles, mammals, and eventually us.

The Emperor of All Maladies: A Biography of Cancer – Siddhartha Mukherjee

This is a very interesting study of the history of cancer treatment and research.

The Looming Tower: Al-Qaeda and the Road to 9/11 – Lawrence Wright

A gripping narrative that spans five decades, The Looming Tower explains in unprecedented detail the growth of Islamic fundamentalism, the rise of al-Qaeda, and the intelligence failures that culminated in the attacks on the World Trade Center.