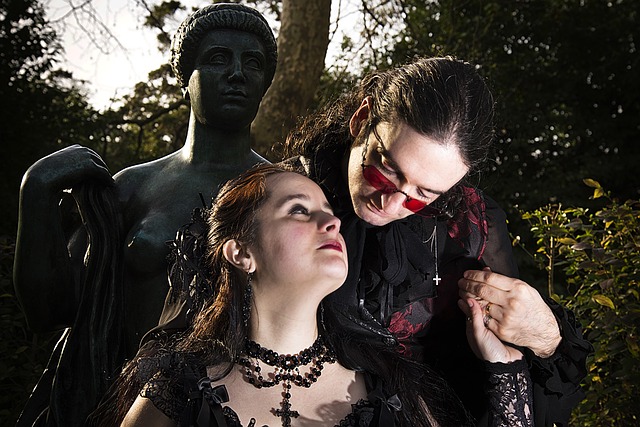 Then read on as this short review book list will cover all these and more.  Most of these books were published several decades ago and may be out of print. They are well worth hunting down a second hand copy so you can curl up for Halloween and feed your inner Frankenstein.

It can be said that Nine Coaches Waiting is a Gothic romance classic. It was first published in 1958 and is still a popular novel. This is a story about Linda Martin, a young woman whose father was English and mother French. She is poor. In the beginning she is hired as a governess to teach a French boy, Count Philippe, English. During the hiring process she decides to hide her knowledge of French. Linda and Philippe have much in common so they become close. But suddenly strange and almost fatal accidents start to happened to Philippe. The question is who wants to see little boy dead? His uncle, his uncle’s wife or his uncle’s son Raoul? To make things even more complicated Linda is swept off her feet by Raoul.

Nine Coaches Waiting has it all, suspense, humor and romance thrown together into perfect mix. This is highly enjoyable read.

2. The Mistress of Mellyn – Victoria Holt

The Mistress of Mellyn was first published in 1960. This is a typical across-the-tracks gothic style Victorian romance novel where the poor governess falls in love with her employer.

Martha Leigh is employed by Connan TreMellyn as a governess for his daughter. The young lady is quite spoilt and very difficult to handle. The father is broody and arrogant. Despite this Martha likes him. Since this is a gothic story, The Mistress of Mellyn is full of mystery and tragedy that occurred in the past. As Martha falls deeper and deeper in love with her master she is drawn deeper into these family secrets and tragic history.

This is Victory Holt at her best. The plot is full of twists and turns, mystery and murder. And also romance between two very different characters. A highly recommend read for all who like classic romantic gothic novels.

Published in 1971 this exciting novel is set in England and Italy in 1910. Tregaron’s Daughter is the story of Cadi Tregaron, a fisherman’s daughter. Cadi moves from Cornwall to Kent. One day without knowing it, she starts to unravel her grandmother secret past. Soon she finds herself in Venice, Italy and there she finally understands the meaning of her two strange dreams. Cadi is amazing character who is independent and smart.
This is very typical gothic romance novel, mostly set in Venice, Italy. It is beautifully written and full of mystery. It is a pure reading pleasure.

Alson known as “Strangers on the Moor” This is another typical gothic style romance novel. The story features a dark and mysterious mansion, a young girl, a hero and a lot of mystery and adventure. Deborah Chanterey is the young girl who is one day summoned by her uncle. Her uncle happens to be an owner of this dark and mysterious mansion that is mentioned only in dread whispers. When Deborah is forced to live in it, she slowly starts to unravel the mysteries of this dark mansion.
This story was first published in 1955 and then again in 1974. No longer in print, this book can be hard to get. If you stumble upon it, read it! because it is magnificent in so many ways. The story itself, the mystery and very interesting and well portrayed characters make this gothic romance very special.

Published in 1975, A Bride for Hampton House is about Corrie Haynes. Corrie is a reporter who sets out to investigate the death of famous explorer Jefferson Wainwright. The famous explorer returned from the Amazon and was then almost killed in car accident. After an unsuccessful murder attempt Wainwright was then poisoned by his uncle. Corrie starts an investigation posing as the explorer’s widow and very soon discovers some dark family secrets.

A Bride for Hampton House was written by Hillary Waugh who wrote many mystery novels. He also wrote under different pseudonyms: Elissa Grandower, Harry Walker and H. Baldwin Taylor. This is very suspenseful and interesting novel that mixes the gothic romance and mystery genre.

If you love Daphne du Maurier’s Rebecca you will definitely enjoy Susan Howatch’s The Dark Shore. There are many similarities between the two stories. In both novels the main character is a young woman, newly married to very successful man, who finds herself on his estate. An estate that is full of secrets, especially those connected with his first wife’s death. But Susan Howatch gives her story a twist, and brings in other characters who had a motive to kill the first wife.
Although some readers might find it a bit outdated, this story is worth reading. Especially if you are fond of good gothic romance novels.

Also an older book, this story was published in 1971. Unlike many other gothic novels which are typically set in Victorian England, in some old mansion, this gothic story is set in Lebanon, in the Middle East. Although the setting is exotic and a bit unusual for gothic novel the plot is not. The main character is Sari who, like many other heroines in gothic romance novels, takes a job as a governess. During her employment she stumbles onto an international intrigue in the capital of Lebanon.

The story is gothic and suspenseful at the same time and it is very interesting read. The author Elsie Lee wrote this story under her pen name Elsie Cromwell. Elsie Lee is a popular author of modern and historical gothic novels as well as romances. The main feature of her other novels is kick-ass heroines who resolves issues without a hero’s help. Enjoy an independent heroine with some suspense in the gothic style.