Easy Philosophy Books – Getting Started in 2017 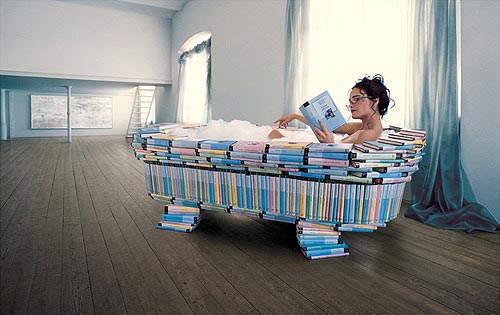 Thinking about philosophy is something we all do whether you realize it or not.   Over a coffee or over a beer we use our mind to philosophize – that is ponder life, the universe and everything.

At WhyToRead we think reading is one of the most important things you can do for your mind.  Get started reading easy philosophy books and develop your mind and expand your thinking.

1. Letters from A Stoic – Seneca

Seneca was Roman Stoic philosopher from period of late Stoic philosophy. He lived from circa 4 BC till 65 AD. As well being philosopher he was also statesman and dramatist of the Silver Age of Latin literature. Seneca’s writings present typical themes of Stoic philosophy, like that the universe is governed for the best by a rational providence; contentment is achieved through a simple, unperturbed life in accordance with nature and duty to the state; human suffering should be accepted and has a beneficial effect on the soul; study and learning are important.  These letters present ideals admired by the Stoics and they also reveal how Seneca’s ideas were very advanced. They are a relatively easy read leaving you energy to ponder how best to confront life’s problems and one’s own mortality.

2. The Moral Sayings of Publius Syrus: A Roman Slave

Publius Syrus was a Latin writer of Syrian origin  alive around 85-43 BC. He was bought as a slave to Italy, but because he was very talented his master freed him and educated him.  Syrus is best known for his sententiae i.e. short moral saying like proverbs, aphorisms, or maxims.
The Moral Sayings of Publius Syrus is a collection of various moral maxims. They are written in iambic and trochaic verse. Maxims are actually short verse which are arranged in alphabetical order according to initial letter of the maxima. The number of verses originally written by Publius Syrus was about 700, but during the course of history maxims by other thinkers were added to the collection. This is an interesting read and each reader will definitely find some moral maxima that resonates.

Heraclitus was a well-known ancient pre- Socratic Greek philosopher from Ephesus. He lived ca 535 – 475 BC. A self-taught thinker,  he was sometimes called the “Weeping Philosopher” because he led a lonely life and was very stressed about the needless unconsciousness of humankind.  Famous for his saying that “No man ever steps in the same river twice”.  In his philosophy he insisted on ever-present change as being the fundamental essence of the universe.  He also insisted on the unity of opposites in the world. He influenced many other famous philosophers like Plato, and philosophical schools like Stoics. Heraclitus wrote a book called On Nature, but the text of that book has been lost over time. The only existing records of his writing are Fragments. This work tantalized many great thinkers for centuries. It is an interesting and deep read that consist of 130 short thoughts – that can be read by anyone. A great place to start your easy philosophy books reading.

Michel de Montaigne, Lord of Montaigne, is one of the most known philosophers of the French Renaissance. He was born on 28 February 1533 and died on 13 September 1592. He is best known for popularizing the essay as a literary genre. Montaigne had a direct influence on many writers including Francis Bacon, René Descartes, Blaise Pascal, Jean-Jacques Rousseau, Friedrich Nietzsche, etc.
His most known work is Essays. This collection of a large number of short, subjective treatments on various topics was published in 1580. The essays are inspired by the works of philosophers Plutarch and Lucretius and his goal in this work was to describe humans with utter honesty. The style of writing is rhetoric and the aim is to intrigue and involve the reader. This is highly satisfying classical read that can be read and reread.

Ralph Waldo Emerson was an American essayist, lecturer and poet. He was born 25 May 1803 in Boston and died 27 April 1882 and led the transcendentalist movement of the mid-19th century. He was a famous for his lectures through which he disseminated his thoughts. During his lifetime he did more than 1500 public lectures across USA. All of his works (essays) were first written as lectures and later they were revised for print. The core of his thinking represents two collections of essays: Essays: First Series and Essays: Second Series. Part of these collections is Emerson’s famous essay on Nature. In this essay Emerson laid the foundation of transcendentalism. In it he tried to solve one abstract problem and that is why humans do not fully accept nature’s beauty.
This essay is a great read for all those interested in an introduction to transcendentalism – the belief system that adopts a non-traditional appreciation of nature.

Epicurus was an ancient Greek philosopher and founder of school philosophy Epicureanism. He lived from 341 – 270 BC. During his life he wrote around 300 works, but only few fragments remain today. Most of what we know about him we find out from works of his followers and commentators. Ataraxia and aponia i.e. peace and freedom from fear and the absence of pain are two main ideas in Epicurus philosophy. For him the purpose of philosophy is to live a happy and tranquil life. A life characterized by ataraxia and aponia, and it can be reached by living it self-sufficiently surrounded by friends. For Epicurus pleasure and pain were measures of good and evil.
These fragments are the only remains of Epicurus work, but beside fragments they do contain three letters. They are easy to read but on the other hand as many philosophers’ works they contain deeper meaning and they seek the involved reader. Get started today with easy philosophy books to strengthen your mind and peace.