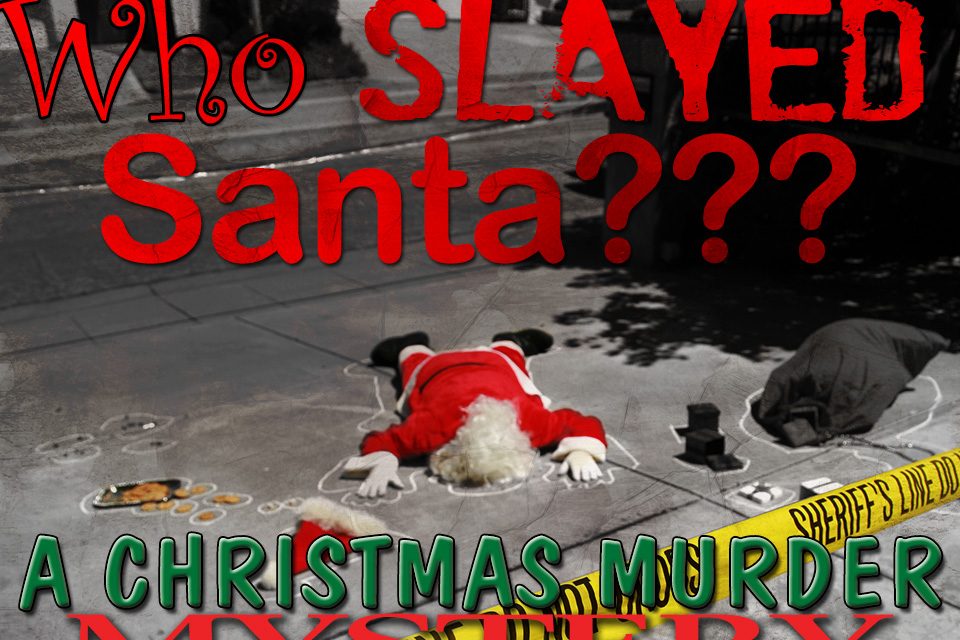 Is there the perfect Christmas Mystery?  Detective novels and crime fiction are one of the top genres.

Who doesn’t love to snuggle down in front of a burning fireplace,  hot drink in hand, with a good mystery book.  Lucky for us, they usually come in series, featuring the amateur or professional detective.   So this list of Christmas Mystery books will get you in the seasonal spirit.  Hopefully.

Multi-millionaire Simeon Lee invites his family for Christmas gathering. But there are high tensions between family members. So when Simeon Lee is found dead there is more than one suspect. Hercule Poirot is called in to investigate and using his famous little gray cells he untangles the complicated web of family relations. It features many very interesting characters; from the black sheep of the family to the role of illegitimate children. The plot is interesting and of course the killer is revealed at the very end. But the most shocking part is the reason the multi-millionaire is killed. Agatha Christie is a famous crime writer and with this story she proves yet again why she is called Queen of crime.

2. The Adventure of the Blue Carbuncle – Arthur Conan Doyle

This is one of the 56 short stories that Sir Arthur Conan Doyle wrote featuring famous detective Sherlock Holmes and his friend Dr. John Watson. This story was first published in 1892 and it is a seventh out of twelve stories in the collection The Adventures of Sherlock Holmes. The Adventure of the Blue Carbuncle is set on the Christmas Eve. Sherlock Holmes and Dr. John Watson deal with the question how the Countess of Morcar’s blue carbuncle finds his way down to the gullet of Dr Watson’s Christmas goose. This is a classic mystery novel featuring the famous Sherlock Holmes who uses his logic and deduction method in order to solve the mystery.

This edition by Lego is hilarious and is illustrated with Lego characters sure to appeal to the young at heart as well as the younger readers.

This is a 12th book in the Hannah Swenson mystery series. Hannah Swenson is a pastry chef, but also an amateur sleuth. In the 12th installment the story happens during the 12 days before Christmas. It revolves around the murder of “Lunatic Larry” Jaeger. This is a cozy mystery without too much suspense, no serial killer or gruesome descriptions of murder. It has some light romantic elements, with very interesting love triangle that will definitely not be resolved in this episode. Which is why WhyToRead loves series.

Additional charm is added to this story through secondary characters; Hannah’s family and friends. Because what is a life in a small town without meddling family and friends. All in all, a charming mystery story full of nice and tasty christmas recipes. This is a perfect Christmas Mystery book for the office kris kringle.

4. Tied up in Tinsel – Ngaio Marsh

Another well respected crime series. Tied up in Tinsel is 27th book in the Inspector Roderick Alleyn series. It is happening during Christmas season. Inspector Alleyn’s wife is visiting an estate for Christmas where she is to paint the owner’s portrait. But when one guest disappears she calls her husband to help her find the lost man. This is great mystery set in a classic country house. It contains a variety of mismatched guests and residents. On one side a group of very rich people, on the other paroled murderers who are hired as help.

This is a well plotted and written story with very interesting cast of characters. Suspenseful, It will definitely keep you guessing and turning the pages. Highly recommend for all who enjoy authors like Agatha Christie or Georgette Heyer’s mysteries.

Ann Perry is the most famous for her William Monk and Charlotte and Thomas Pitt series. She also writes a Christmas Stories series. Each book in the series feature characters taken from one of aforementioned series. A Christmas Grace is Book 6 in her Christmas Stories series. Set in Ireland during the Victorian era, the main character is Charlotte Pitt’s sister Emily Radley. Emily is summoned by her dying aunt to spend some time with her before her death. Upon Emily’s arrival a violent storm ravages the town and brings back the memories of an unsolved murder. Emily is asked by her dying aunt to solve the mystery.

This is another interesting mystery from Anne Perry that fans of the Charlotte and Thomas Pitt series will enjoy.

Jessica Fletcher is a fictional heroine from the very popular TV show Murder She Wrote.  In this Christmas mystery book Jessica Fletcher is in Cabot Cove to spend Christmas with her family and friends. But unfortunately a murder occurs. The death of Rory Brent, a man who for years served as the Santa Claus in the town’s annual Christmas celebration, ruins Jessica’s plans of a nice and relaxing holiday. So she becomes determined to find the killer before Christmas.

This is a cozy, Christmas mystery set in a small town. A Little Yuletide Murder is a perfect story for holiday season. It is highly entertaining, and WhyToRead is sure that fans of TV show Murder She Wrote will highly enjoy it also.

The Gaslight Mysteries are series set in turn of the 20th century New York City featuring Sarah Brandt, a midwife and Detective Sergeant Frank Malloy. This is an 18th book in the series. Newly weds Sarah Brandt and Detective Sergeant Frank Malloy are on their honeymoon, so when a woman asking for help knocks on their door, Sarah’s old nursemaid Maeve jumps in to help her. Now Maeve has to solve the murder of seemingly wealthy Randolph Pollock who recently married a poor Irish girl Una O’Neill. The problem is that Una was found cradling Randolph’s dead body.

This is highly interesting murder mystery and entertaining story that does not feature the main characters of the Gaslight Mystery series. Wonderfully written, full of another set of interesting characters, Murder on St Nicholas Avenue is another good choice for the holiday season.