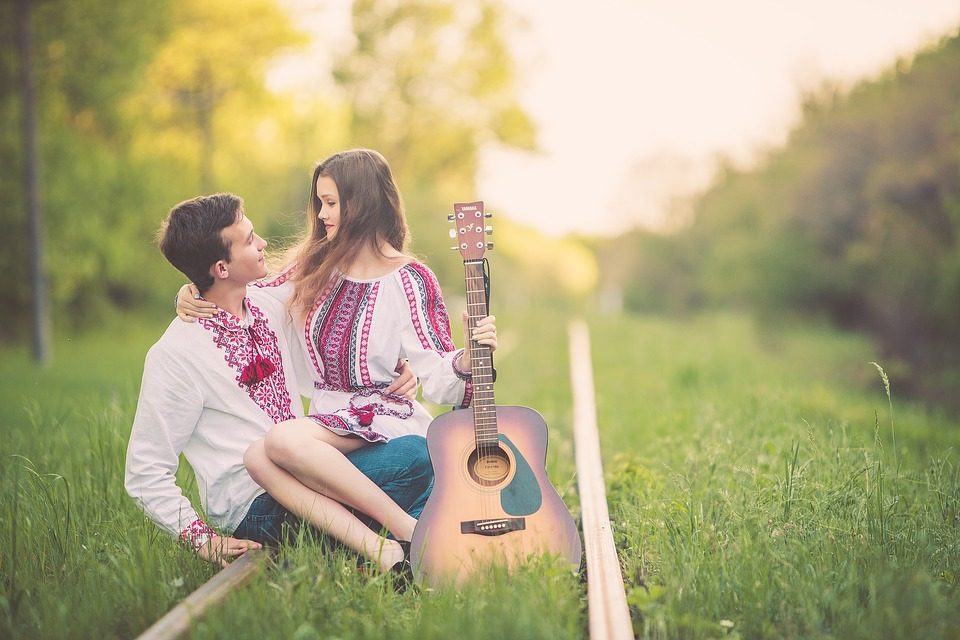 Each year GoodReads conducts a survey of the best books in each genre. If you wanted to vote, sadly its too late. The decisions have been made.

We review the top 10 best romance books shortlisted for this years Award so you can find something romantic to gift, buy or just read over the holidays.

In order of final voting,

Merit Voss’s life is far from perfect. Her family is dysfunctional and prone to violence. She has to play the part of the perfect child, but she is far from that.

While looking for a trophy in an antique shop, she meets the sunny and idealistic Sagen. Unfortunately, she has no room in her life for love, so she tries to run away. Not everything goes as planned and now she has to choose between her family and Sagen.

We aren’t going to tell you any more – no spoilers here.  Without Merit was a clear winner this year.

Bodine Longbow (Bo) runs her family’s resort in Montana. She is a strong and capable woman, very passionate about her work.

Her world is turned upside down when her aunt, who everyone considered dead, comes back home after she was kept captive for several years. Trying to find out what happened to her aunt, Bo partners up with Cal, a cowboy who returned to Montana after spending some time in Hollywood. The chemistry between the two of them is undeniable.

Come Sundown is an amazing suspenseful romance that will keep you glued to the pages. The story is complex and the romance is slow building.  A well deserved second place Best Romance 2017.

Lady Pandora Ravenel is not looking for a husband. The independent and ambitious woman is more focused on her business rather than on her social life. The night of a social ball she meets the handsome and mysterious Gabriel.

She chooses to marry him only because she has no other options. When her business accidentally puts her life at risk, only Gabriel can protect her.

Devil Spring is a beautifully written historical romance. The characters are vibrant and relatable. The dialogue is witty and sometimes funny. The book has also unexpected plot twists and cameos of other characters of the series, which makes it even more enjoyable. This is Book #3 of The Ravenels series.

Nevada Baylor, whose type of magic is to read when people are lying, is hired to investigate the murder of a Prime. The road to discovering the killer brings her back into the circle of Connor Rogan.  Connor, one of the wealthiest primes,  helped her defeat the force that almost destroyed Houston (see previous novels in this series).

Sparks fly between Neveda and Connor, even more intense than in the previous installment. This urban fantasy romance has it all.  Interesting magic system, quirky secondary characters, great setting and a beautiful and steamy love story. The plot is intense so it will keep you glued to the pages.  Perfect for curling up in the holiday season.

Black Dagger Brotherhood’s spin-off, Black Dagger Legacy, continues with another incredible paranormal romance story with Blood Vow. It follows the same pattern that readers love so much – following a tortured hero who finds the love of his life.

Axe is a vicious fighter with a troubled past he tries to hide. Elise needs protection after her cousin was murdered. Soon after taking the job to protect her, Axe finds his attraction to the beautiful aristocrat unbearable. But if he lets his guard down, his gruesome fears will surface. Rhage, the troubled Brother makes an appearance in this book, along with his new found family. This is an emotional book, so you might find yourself laughing out loud and then tearing up a little bit.  J R Ward continues to keep writing books we love. A deserved Best Romance 2017 shortlister.

6. Wait for It – Mariana Zapata

Diana’s life changes drastically after her brother’s death. She inherited two children and a house. So she had to become a responsible adult overnight.

She went from partying all  night to softball practices. She has her hands full with her kids, so Diana doesn’t have time for a boyfriend, even if she feels the need sometimes for one.

But you can find love in the most unexpected places, even at a softball practice. Wait for It is an amazing contemporary romance about finding yourself before accepting love. The heroine, Diana is sarcastic and funny. The children give color to the book. And the love story will keep you interested right to the end.

Emerie Rose though she found the deal of her life when she found a cheap office space in downtown New York. But one night a stranger breaks into the beautiful office and tells her the space is actually his.

Drew Jagger, a successful and very good looking lawyer is impressed by the fiery beauty of Emerie from the first time she tries to punch him.  So he offers some office space in exchange for answering the phone.

This romance book is hilarious. The characters are complex and the chemistry between Drew and Emerie is amazing. The alternate point of views make this story even more attractive because you can relate to each character’s perspective.

8. The Gravity of Us – Brittainy C. Cherry

Opposites attract and Lucy and Graham are proof of this theory. While she is energetic and curious, he is apathetic. Lucy is emotional and quirky, Graham shows no emotion.  She is kind and he isn’t afraid to hurt people. Somehow they are friends.

The Gravity of Us is a slow burning contemporary romance. Brittainy C. Cherry writes a poetic and beautiful love story between two people who complete each other. The characters, while easy to fall in love with are written as a dichotomy, so what you find in one you won’t find in the other.

This book is an amazing read for everyone who enjoys slow burning romances and stories about friends who turn into lovers.

Wessco’s version of the show “The Bachelor” is “Matched”. And in “Royally Matched” working class women are competing over Prince Henry John Edgar Thomas Pembrook.

The beautiful, witty and kind Sarah Mirabelle Zinnia Von Titebottum catches the prince’s eye. But he can’t change overnight, and Sarah isn’t the type of woman who would accept sharing her life with a playboy.

This beautiful love story is a contemporary romance, so you will find angst, complex characters and scenery that is unusual for this type of novel. The relationship between the characters is steamy and their chemistry is fabulous.

Nalini Singh continues the amazing Psy-Changeling Trinity Saga with Silver Silence. Silver is ruled by Silence so nobody can read her emotions, but Valentin, Bear Alpha, senses her despite this. After an assassin tries to poison her, Silver finds refuge in his bear clan.

This paranormal romance is emotional, steamy and has a touch of mystery. If you are not familiar with the Psy world, you will find the magic system very interesting. The characters are absolutely amazing and Valentin is one of the best book boyfriends from this series. Silver is strong and determined. The book is set in Moscow and the scenery is breathtaking.

Would WhyToRead.com  have picked these as the best romance books for 2017.  Maybe, maybe not.  Either way, this list of romance books covers many genres so you are sure to find one that appeals.  Read now, knowing many others have found them to be the Best Romance novels of 2017.