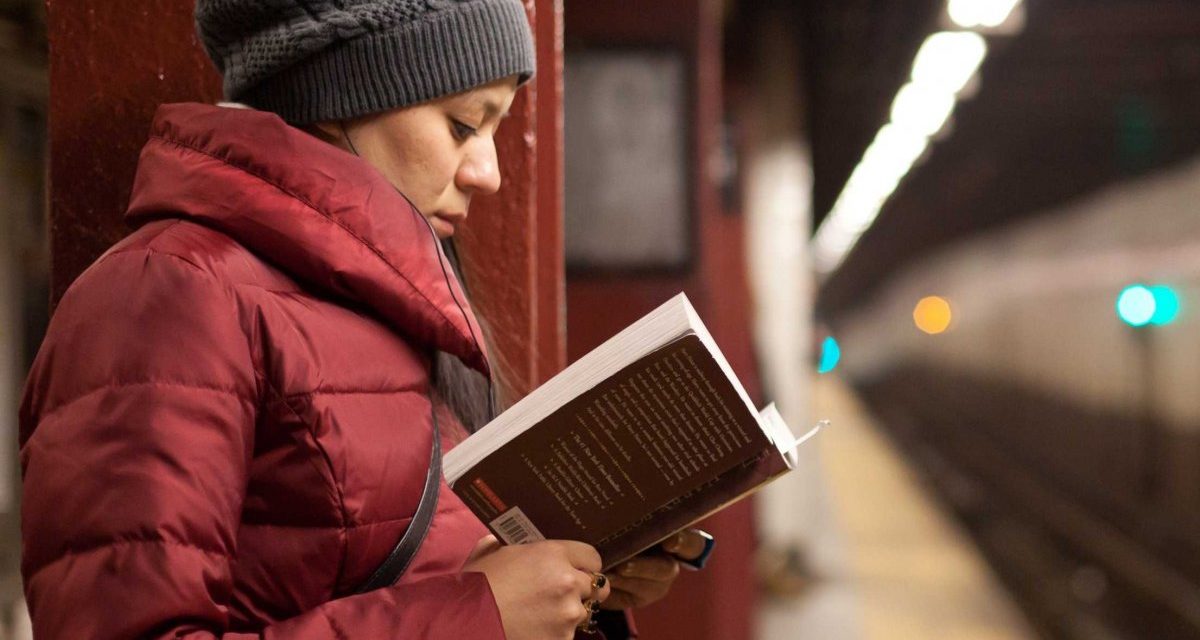 Every year, Goodreads publish a best of list of books, and fans vote for their favorites. In 2014, the users of the site voted for their favorite and best nonfiction books for that year. Hundreds of thousands of votes were cast, and the top 10 are featured on this WhytoRead list.

As voted for by hundreds of thousands of book lovers, here are the best nonfiction books of 2014.

1. The Opposite of Loneliness: Essays and Stories – Marina Keegan

It’s poignant enough that this gifted writer died at 22. Such promise. But Keegan writes about death — her own, the planet’s — and her drive to do something meaningful with her life. It’s a beautiful book, astonishingly insightful and ultimately heartbreaking.

This amazing book of over three hundred pages contains a number of questions that you’d never think of. Yet, reading the questions and answers would make you to sit up and think things you’ve never thought before.

3. The Underground Girls of Kabul: In Search of a Hidden Resistance in Afghanistan – Jenny Nordberg

The Underground Girls of Kabul by Jenny Nordberg is not a happy-go-lucky read by any means. In all honesty, it is almost surreal as she interviews and talks with women currently living in Afghanistan, a country in which it is still disgraceful and embarrassing to give birth to a daughter. A country where many women still cover themselves from head to toe and don’t go out in public without a male escort, even though the Taliban has been out of power since 2001. A country where, in 2014, girls are being disguised as boys in order to gain the family respect as well as to give the girls a taste of freedom that boys and men so freely have.

It is awe-inspiring to go for a ride inside Roxane Gay’s head and heart. She opens up the conversation on the word feminism, talks about her own shortcomings, and labels this word is affiliated with. She writes of her own thoughts about current events as well as past. Feminism is a demand for equal rights for women in all areas of life, yet it has become a word with endless connotations.

5. The Future of the Mind: The Scientific Quest to Understand, Enhance, and Empower the Mind – Michio Kaku

Interested in getting current with state of the art neuroscience and some philosophical discussions about our brain and consciousness? If so, read this approachable and easy-to-understand science book.

6. One Nation: What We Can All Do to Save America’s Future – Ben Carson M.D.

In February of 2013, Ben Carson M.D. gave a speech at the National Prayer Breakfast. With President Obama nearby, Dr. Carson criticized the direction the country has taken, indirectly criticizing the President’s domestic policies. With this book he hones in in his observations and follows through exposing the ills afflicting American society, deteriorating moral values, political correctness, and the government attempts to take over the health care system.

Elizabeth Kolbert’s globe-trotting effort to probe the concept of extinction covers all the angles. In the first half of her book she explains the complex process by which scientists such as Lyell and Cuvier pieced together an understanding that large extinction events have occurred several times in our planet’s history.

8. 10% Happier: How I Tamed the Voice in My Head, Reduced Stress Without Losing My Edge, and Found Self-Help That Actually Work – Dan Harris

This is a really great book for anyone who is skeptical about meditation, or who is turned off by the new-age or spiritual language that often accompanies it. Dan Harris studies Insight meditation, which is rooted in Theraveda Buddhism and is a form of Vipassana, but many people who practice it consider themselves secular, and practice it apart from a Buddhist-based belief system.

9. Waking Up: A Guide to Spirituality Without Religion – Sam Harris

This is an important book in many ways. Perhaps most important because Sam Harris has, for the past several years, been a strong and outspoken critic of organized religion of all stripes. And one thing Harris can do better than almost anyone else, is make his case both clearly and powerfully without any added garbage.

This book is truly a manifesto of feminism for our era. The opening story is so familiar, a wonderful example of mansplaining – you have to laugh out loud. When Solnit connects it to the violence that silences women, it blows you away.