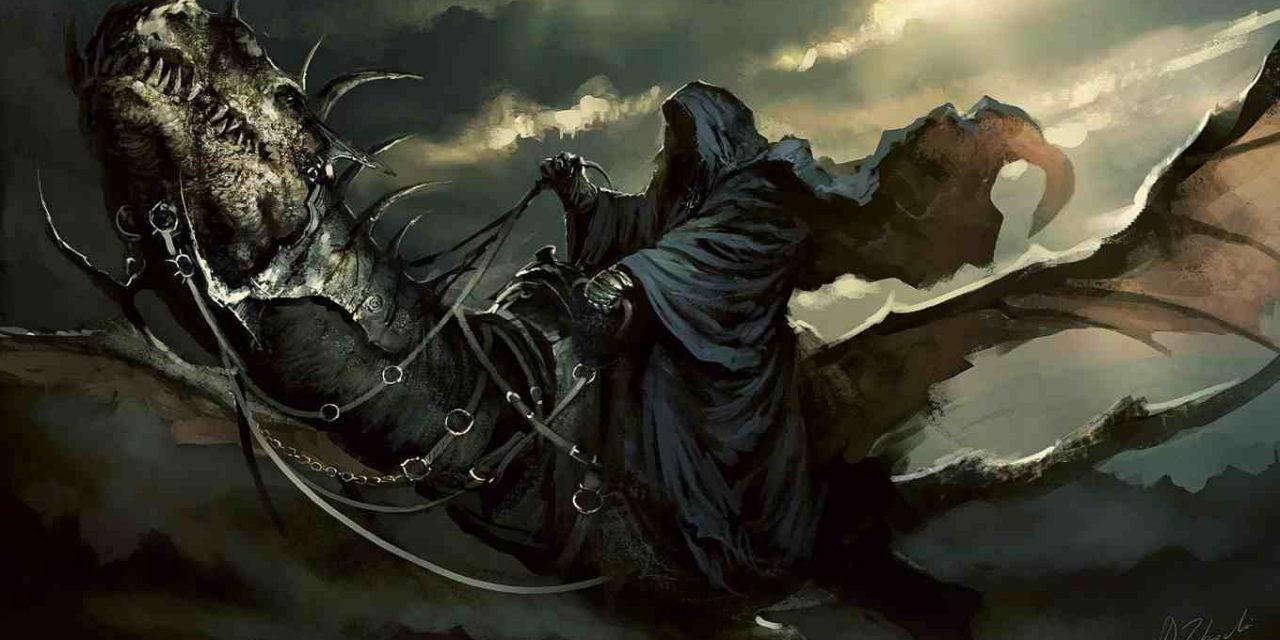 This list includes fantasy book favorites. If you’re a fan of  science fiction & fantasy books, the best epic fantasy, urban fantasy, or fantasy series books, this list is for you.

This series by George R.R. Martin is one of the best fantasy series out there. He has a compelling writing style, and his decision to write about dynasties instead of a certain group of heroes makes this much more interesting than the standard fantasy book plot.

Not only is this a great piece of fantasy literature, its one of the best books ever written. J. R. R. Tolkien has created an entire world, along with maps, a variety of races and languages. The Hobbit is truly an epic.

3. The Name of the Wind – Patrick Rothfuss

The Name of the Wind is very well written. The characters are real, the action is convincing and it has a compelling story to tell.

One of the best things about this book is that the magic is absolutely rooted in the book’s world. Nothing seems contrived; the consistency is excellent and the world is believable.

The Belgariad by David Eddings is one of the best classic coming of age and epic quest fantasy books ever written. It has everything, from prophecy, wise cracking allies, a lofty princess, a dash of politics, the old wizard, great battles, and an awakening ancient evil.

Mistborn has the best, most well-thought-out, most original magic system ever written. Nothing comes anywhere close to its intricacy and intelligence. Despite its complexity, Sanderson has such a firm grasp on his magic system and is so clearly enjoying himself when he writes it that it comes off the page so beautifully, so fluidly. A great fantasy book.

6. The Eye of the World – Robert Jordan

The Wheel of Time is probably the best-known and most widely read fantasy book series other than The Lord of the Rings. Robert Jordan has created a landscape of magnificent proportions. Accents, legends, superstitions, politics…His amazing attention to detail allows you to become fully immersed in the story. Even more surprising is that the quality of his writing is consistent throughout the entire book.

7. The Way of Kings – Brandon Sanderson

This massive tome is the first of a 10-part epic fantasy series. The book tells three separate stories. There’s Dalinar and his son Adolin, two nobles embroiled in a six-year old war. There’s Shallan, a young woman who’s doing her best to save her family from ruin. There’s Kaladin, the one-time war hero and current slave, battling inner demons.

These are roles we’ve seen before in fantasy, yes, but Sanderson breathes new life into them. A fantasy books series which isn’t due to end until 2020.

There is absolutely no way to produce a fantasy books list without J.R.R. Tolkiens fantasy epic The Lord of the Rings.

This book will be the only fantasy book you’ll ever need to read, if you only read one.

The Antichrist is coming. The world’s about to end. The only problem is the “rank and file” angels and demons (who’ve begun to enjoy each other’s company and understand each other over the eons) aren’t so sure they want Armageddon to come. This is a hysterically funny book, full of satire and parody.

10. The Once and Future King – Terence Hanbury White

“The Once and Future King” is children’s fantasy book which is a delightful read for both kids and adults. Author T. H. White manages to mingle the humorous and the sad portions of the King Arthur story successfully, and he never talks down to his audience or tries to oversimplify the events. The result is a wonderfully entertaining fantasy book that never slows down.