8 Greatest Love Stories of All Time 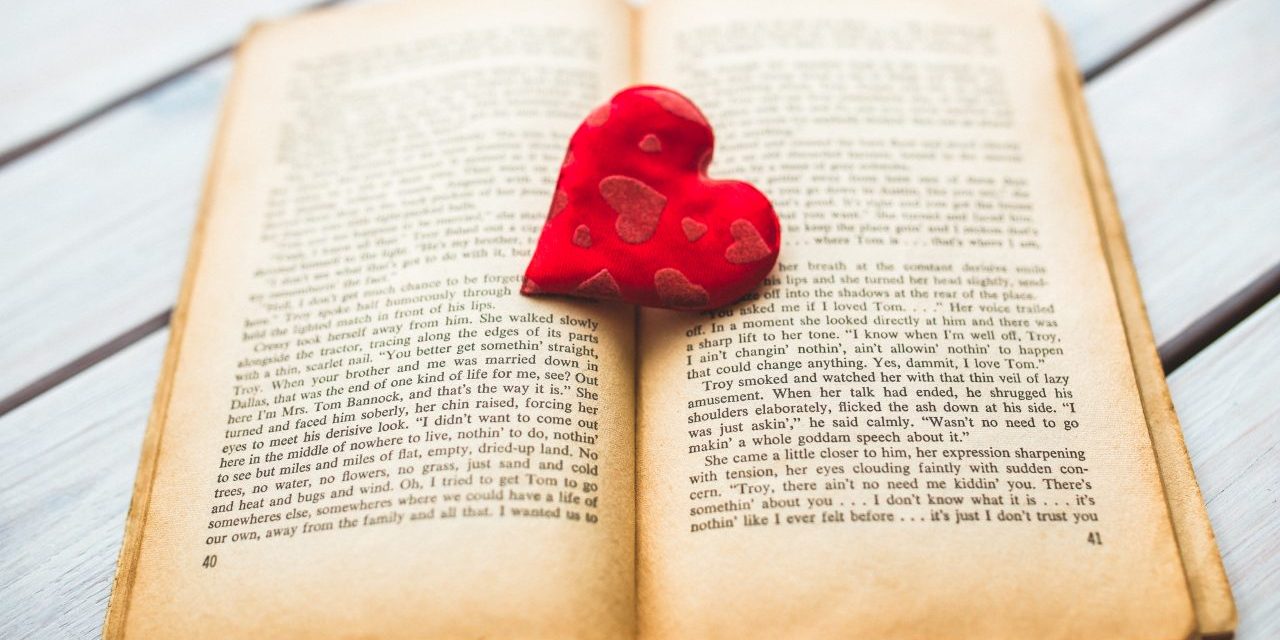 With Valentine’s Day just around the corner, what better reading than the 8 greatest love stories of all time?

Serenade your loved one with your favorite romantic passages from these great love stories. Read them together on the couch with a glass of wine. Quote passages at each other till you fall into bed….

For the singles out there, curl up and be swept away to another world for a romantic moment or two with the greatest romance novels ever.

Instead of red roses, we give you 8 Greatest Love Stories, ever.

Reading Austen’s novel is taking a journey back in time to 19th century England, where men held all the power and women navigated their way through various societal norms to find happiness. Pride and Prejudice centers on the story of a country squire trying to marry off his five daughters, or risk losing everything to a distant relative upon his death. At the heart of all the drama is the romance between the witty, intelligent, second daughter, Elizabeth Bennett, and her proud aristocratic suitor, Mr. Darcy. Filled with social commentary, memorable characters and humor, Austen’s novel is a timeless masterpiece in English literature that will never go out of style. A classic romance full, as the title suggests, of pride & prejudice that must be overcome to be fulfilled.

In a genre that often depicts women as helpless victims of circumstance, Jane Eyre is a gothic romance that stands out for its strong female lead. Written in the voice of the titular character, the novel features many familiar elements – namely, dark family secrets, tragedy and triumph of good over evil. Throw an atmospheric setting and a cast of complex characters in the mix, and we have a book so rightfully deserving of its status as a classic, and one of the greatest love stories of all time.

For centuries, Shakespeare’s play about a pair of doomed lovers has captured the hearts and imagination of many, evident by the countless adaptations and re-tellings in various mediums. Even the title has become synonymous with tragic romance. At its core, Romeo & Juliet is a tale of young love that ends in tragedy due to generational conflict. Although many people became familiar with the play from reading it in book format, it should be reminded that Shakespeare wrote his plays to be performed, not read. So, while reading is an excellent way to appreciate Shakespeare’s quotable prose, you should opt to watch the play performed or see a film adaptation to truly enjoy the love story.

4. Gone with the Wind – Margaret Mitchell

It is not really fair to dismiss Margaret Mitchell’s classic romance novel as the grandmother of paperback bodice-ripping romances based on its well-known movie adaptation. Scratch the surface of the love story set during the Civil War, and you have a vivid depiction of a bygone era where survival is a struggle. The movie may have cemented the romance between Rhett and Scarlett in pop culture, but it failed to capture much of the depth of the characters and plot, which can only be enjoyed by reading the novel.

5. The Phantom of the Opera – Gaston Leroux

Most people are familiar with Leroux’s original novel as the source of Andrew Lloyd Webber’s highly acclaimed musical. Actually reading the novel, however, one may just be left wondering if it is based on a true story – such is the power of Leroux’s compelling storytelling. It is a captivating gothic tale of obsessive unrequited love, told in a somewhat slow and steady but never boring pace. You will not listen to the song Music of the Night the same way again after reading the classic source material.

At its most basic, the main couple are far from likable characters. Cleopatra is temperamental and manipulative, while Mark Antony neglects his duties as a soldier once he falls in love with the Egyptian queen. However, readers (or with the original play, audiences) will find them oddly fascinating while watching their love affair bring down an empire. Part epic romance and part tragedy, Antony and Cleopatra is written in Shakespeare’s characteristic intelligent and eloquent prose that gives the story a sense of grandeur and timelessness.

There have been many interpretations and portrayals of the woman known as “the face that launched a thousand ships” in literature, theatre and film. What differentiates George’s novel from those that came before is that she portrays Helen with a degree of humanness that is rarely explored. In many modern takes of Helen, she is often depicted as conceited, shallow and selfish, whereas George paints a picture of Helen as an ordinary woman of her time. The Helen of Troy that George has written is not a woman with unrivalled beauty, but a real and identifiable person – the kind of heroine readers can sympathize with.

Known as one of the greatest novels of all time, Tolstoy’s novel is one of the earliest works that brilliantly depicts the depth of the human soul. Although the novel tells a love story between a married socialite and her disastrous affair with a Count, all the characters – male and female – are treated with the equal seriousness and humanness by the author. It is no wonder that some literary buffs regard Anna Karenina as a tragic romance on par with the works of Shakespeare.